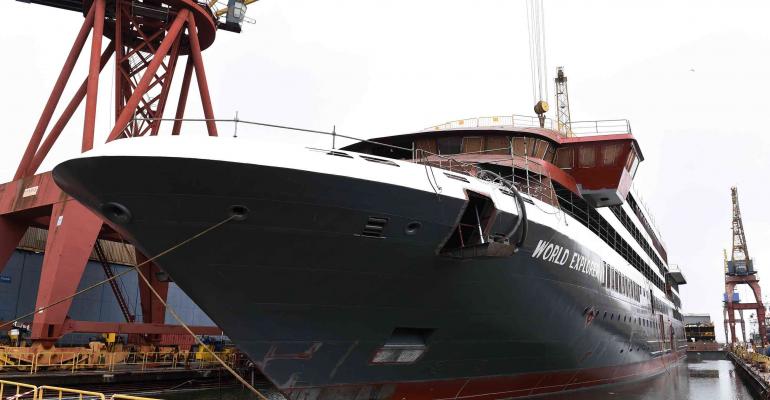 This includes in-depth exploration of the most popular Arctic locations as well as the most remote regions, such as the Russian Arctic. As earlier reported, a new ship, World Explorer, will be making its Arctic debut on charter by Quark.

Among the new routes is 'Four Arctic Islands: Spitsbergen, Jan Mayen, Greenland and Iceland. The 18-day journey on the recently renovated Ocean Adventurer will offer Arctic wildlife, picturesque fjords and the volcanic island of Jan Mayen.

'Under the Northern Lights: Exploring Iceland & East Greenland' features the best of East Greenland and the most comprehensive exploration of this region on a 14-day voyage aboard the new World Explorer. Included is a visit to Northeast Greenland National Park, the world's largest national park. Additional expedition landings are planned in Iceland.

'Essential Greenland: Southern Coasts and Disko Bay' is a 15-day itinerary with in-depth exploration of one of Greenland’s most remote regions, bringing together visits to picturesque villages, Norse ruins, stunning landscapes and a glimpse into the ancient and modern cultures of Greenland.

'Best of the Western Arctic: Canada and Greenland' delves into the culture and wildlife of both the Canadian Arctic and West Greenland on a 20-day expedition that also explores their ties to Northwest Passage history.

'High Arctic Odyssey: Remote Russian Archipelagos' explores the extreme regions of the Russian High Arctic in a 22-day experience of ice-draped coastlines rarely visited by tourists. The voyage travels from the heavily glaciated Novaya Zemlya and Franz Josef Land to the isolated islands of the icy Kara Sea and, if possible, will make landfall at the islands of the remote Severnaya Zemlya.

Also in 2020, Quark will reprise its iconic 14-day voyage to the North Pole aboard the nuclear-powered icebreaker 50 Years Of Victory. From crushing through multiyear ice to hot-air balloon rides at 90º N and spotting walruses, seals, whales and polar bears via helicopter, this is a one-of-a-kind trip.