Regal Princess abuzz with celebrity sightings leading up to naming 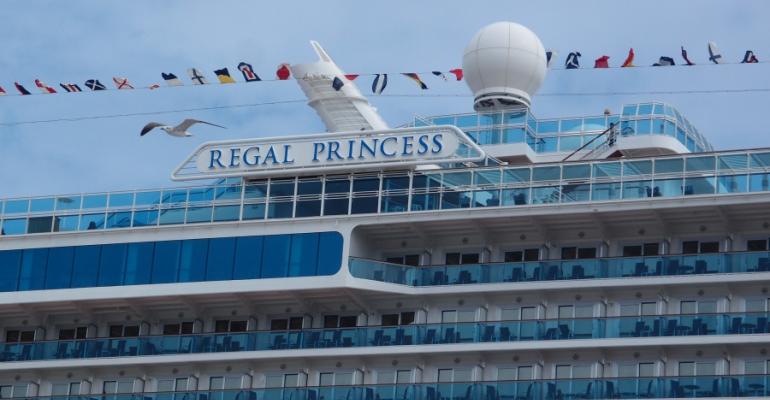 With the naming of Regal Princess by the original 'Love Boat' cast fast approaching at Port Everglades, the ship is abuzz with celebrity sightings. Back in his captain's uniform, Gavin MacLeod was ringed by photographers in The Piazza Wednesday afternoon.

In addition to the six-member core cast are a bevy of some 25 stars who made guest appearances on 'The Love Boat' over the years.

Seatrade Insider spotted Jamie Farr (best known as Corporal Klinger on the television sitcom 'M*A*S*H') strolling up a grand staircase, while Florence Henderson (Carol Brady on 'The Brady Bunch' and a godmother of 2007's Emerald Princess) perused the offerings at the International Cafe.

Bernie Kopell, 'Doc' on 'The Love Boat,' dropped by a media cocktail reception and was swarmed for photos.

'The combination of this amazing ship, the history of Princess and 'The Love Boat' in one place—this is historical,' Israel said.