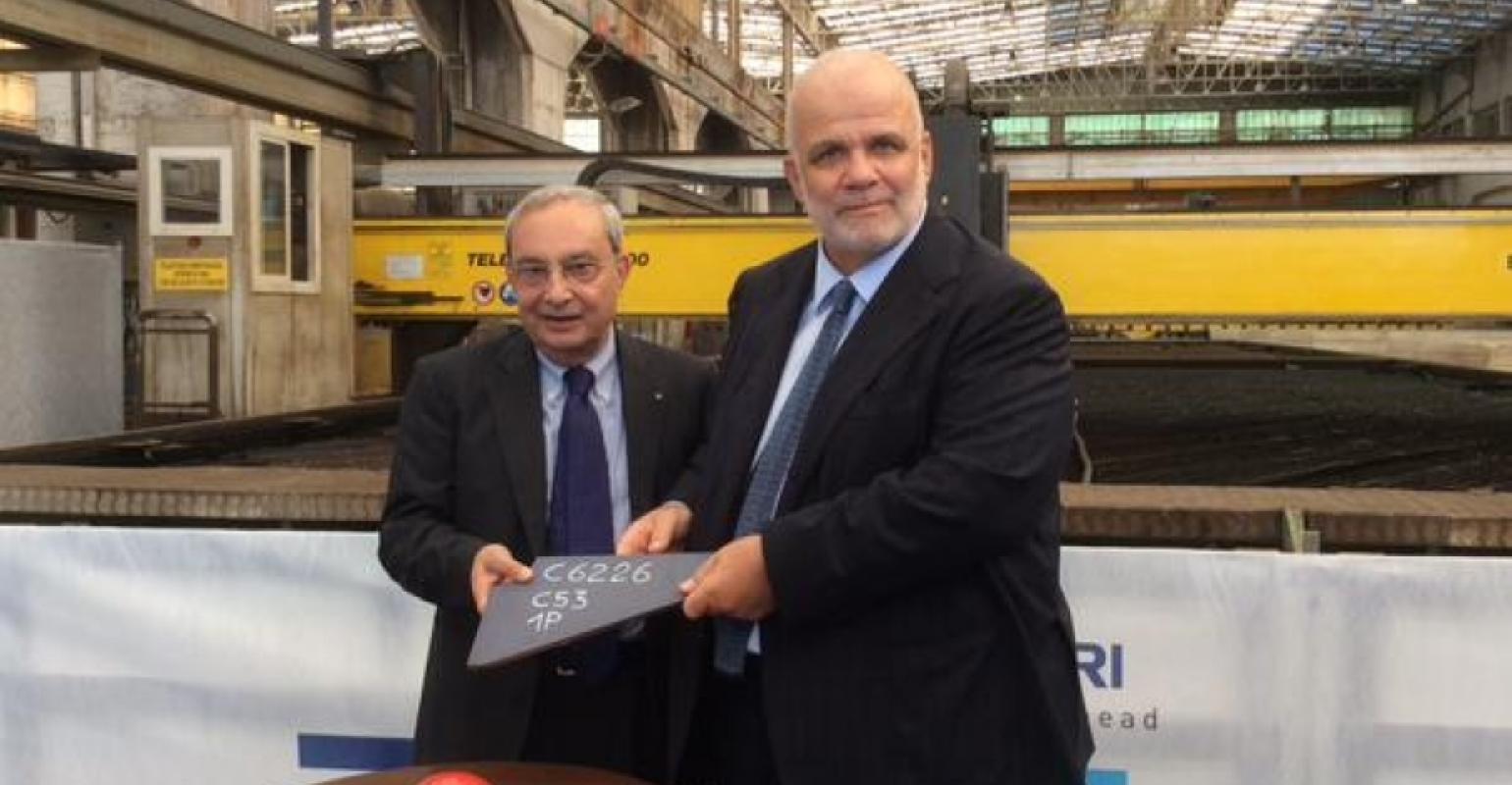 Silver Muse is the first in what will be a class of three ships, Silversea chairman Manfredi Lefebvre d'Ovidio said during a steel-cutting ceremony at Fincantieri's Sestri Ponente shipyard.

Friday's ceremony in Genoa was attended by Fincantieri officials led by ceo Giuseppe Bono, who welcomed the return of Silversea's business.