Victory plans 20 Alaska voyages on its new ship in 2021 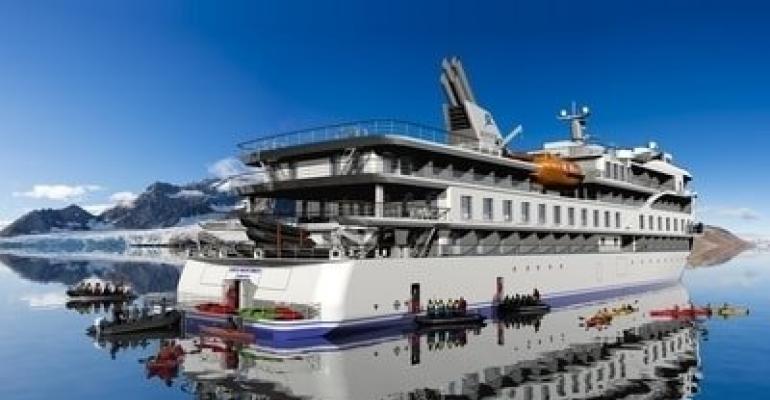 Currently under construction in China as one of a series of expedition newbuilds for Miami's SunStone Ships, the 200-passenger Ocean Victory will be chartered to Victory in the northern summers and Albatros Expeditions the rest of the year.

Ocean Victory will sail 20 Alaska cruises of seven to 10 nights from May through September 2021. The vessel's small size and shallow draft will enable it to access places that bigger ships can't.

Victory promised 'world-class accommodations and amenities, along with immersive shore excursions at an unmatched inclusive value.'

'We can’t wait for guests to experience the wild and unparalleled landscape of Alaska, an area best explored via our intimate ship, allowing for up-close nature and wildlife-viewing,' said John Waggoner, chairman and CEO, American Queen Steamboat Co.

The 104.4-meter Ocean Victory will feature 93 suites, 68 with balconies, nine with French balconies and 16 with panoramic windows.

The same high level of service and dining offered by Victory Cruise Lines and the American Queen Steamboat Co. are promised on Ocean Victory, which will highlight regional dishes, top-of-the-line entertainment and immersive shore excursions.

The ship will be built to Ulstein's patented X-BOW design for a smoother, more comfortable ride with low levels of noise and vibration. Rolls-Royce zero speed stabilizers will reduce rolling, and dynamic positioning will maintain the ship's location without anchors. This means Ocean Victory can easily change positions for expedition operations such as Zodiac landings with minimal environmental impact.

Twenty Zodiacs and dozens of kayaks will provide opportunities for active adventure.

Bookings for Ocean Victory's Alaska program will open in July this year, with fares to be announced in the coming weeks.