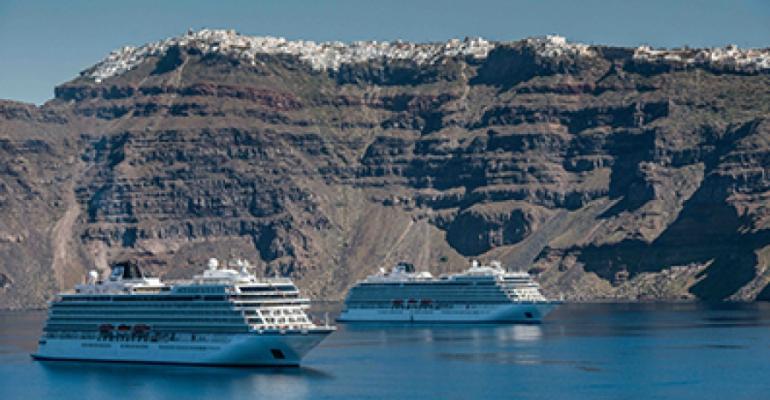 Thirty new ports, including Havana, are in the charts for Viking Ocean Cruises, starting in 2017. They're part of 10 new itineraries from such homeports as Bergen, London, New York, Puerto Rico, Venice and more.

A 22-day cruise, 'From the Caribbean to the Amazon,' will sail into the mouth of the great river in Brazil and stop at islands like Barbados, St. Lucia, Antigua, St. Thomas and Puerto Rico. The voyage operates round-trip San Juan on Viking Sea in December 2017.

'South America and the Caribbean,' round-trip San Juan in 11 days, visits six countries and seven ports, including Santo Domingo in the Dominican Republic, Aruba, Curaçao, Cartagena and Santa Marta in Colombia and Caracas, Venezuela. Cruises operate on Viking Sea and Viking Sky, October to December 2017 and January to March 2018.

'New York, Bermuda and the Western Indies,' from New York to San Juan, has nine countries and ports, including Bermuda, Guadeloupe, St. Kitt’s, St. Martin and St. Thomas. Viking Sea and Viking Sky will sail this route in October 2017 and September 2018.

New offerings in Europe include 'Trade Routes of the Middle Ages,' from Bergen to Barcelona, is a 15-day itinerary with seven countries and 10 ports that have storied naval histories including Amsterdam, Paris and two ports each in England, Portugal and Spain. Viking Star will operate the cruises in September 2017 and May 2018.

'Venice, the Adriatic and Greece,' eight days, starts with two days in Venice and calls at Croatia, Montenegro and sites in Greece before ending at Piraeus (Athens). Sailings are on Viking Sun and Viking Spirit, October 2017 and July to August 2018.

'Iconic Cities of the Western Mediterranean,' from Barcelona to Civitavecchia (Rome), focuses on the French Riviera and Italy's Renaissance treasures with stops at St. Tropez, Monte Carlo and Tuscany. The eight-day route sails on Viking Sun and Viking Spirit, November to December 2017 and January to February, April, July and September 2018.

Other new ports are part of a 'Southern Mediterranean Discovery,' from Rome to Barcelona, which includes Sicily, Sardinia, Tunis, Algiers and Valencia.

'Italian Sojourn,' from Rome to Venice, calls at seven ports between Italy and Croatia, including Sicily, Bari and Sibenik.

And 'British Isles Explorer' has remote Viking outposts of Shetland and the Orkney Islands, Scotland, Wales and the cities of Dublin, London, Bergen and more.