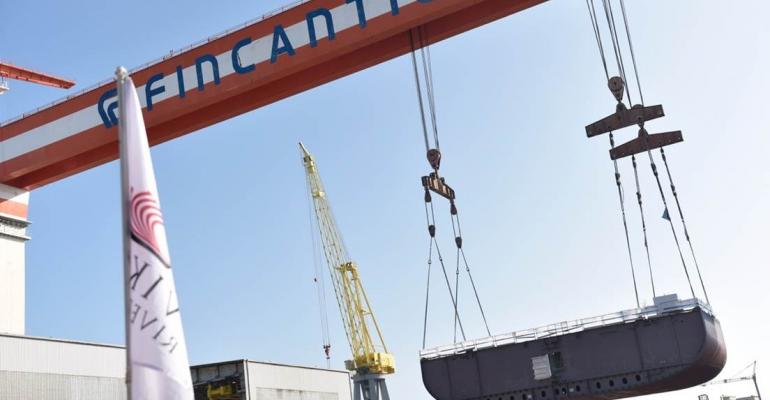 The keel-laying ceremony for Viking Spirit, the fifth of six cruise ships Viking Ocean Cruises has ordered from Fincantieri, took place Thursday at the Ancona yard.

The first building block of the ship, about 11mtr long, 28.8mtr wide and weighing about 280 tons, is part of the central section of Viking Spirit, due to be delivered in 2018.

Like her sisters, Viking Spirit is 47,800gt with 473 cabins and accommodation for 946 passengers, with a total capacity for over 1,400 people, including crew.

The first of the series, Viking Star, was built at the shipyard in Marghera and delivered in March 2015.

Viking Sea and Viking Sky were built in Ancona and delivered, respectively, in March 2016 and January 2017.

Viking Sun, launched in December 2016 in the same shipyard, is due to enter service in autumn 2017, while Viking Spirit will be handed over in 2018 and the sixth in the series in 2019.

Fincantieri has built 76 cruise ships since 1990, while another 31 are currently being designed or built in the group’s yards.