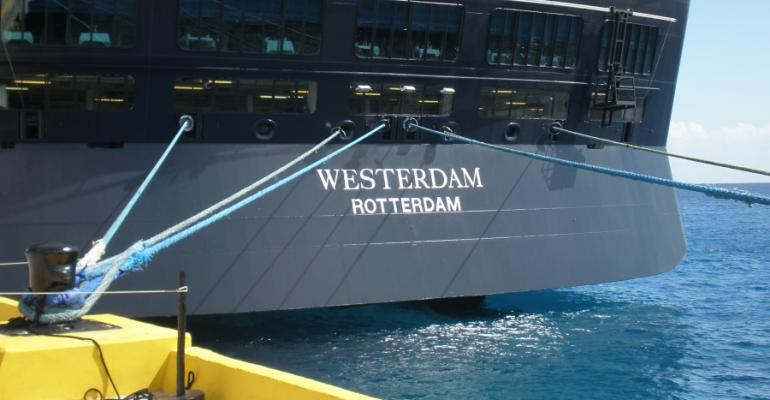 Westerdam - cause of fire is under investigation (file photo)

Holland America Line's Westerdam sailed at 10 a.m. Sunday after returning to Seattle Saturday night following a boiler room fire that was quickly put out. No injuries were reported.

The fire broke out in one boiler room at approximately 5:15 p.m. Saturday, after Westerdam had departed at 4 p.m.

HAL said that in an abundance of caution and in coordination with the US Coast Guard, the ship returned to Pier 91, arriving at 8 p.m. Westerdam sailed under its own power and all systems and hotel services were fully operational at all times, the company said.

A fireboat was dispatched and shoreside fire crews were sent to the pier as a precaution, according to the Associated Press. No evacuation was needed.

After an assessment, USCG and Lloyd's Register cleared the ship to sail, however HAL took 'some additional precautionary repair measures that delayed our departure time longer than anticipated.'

As a result, Westerdam will miss its planned call in Sitka. Passengers will receive an on-board credit of $250 per stateroom as well as a future cruise credit equal to 25% of the cruise fare.

A HAL spokesman told Seatrade Insider the cause of the fire is under investigation.