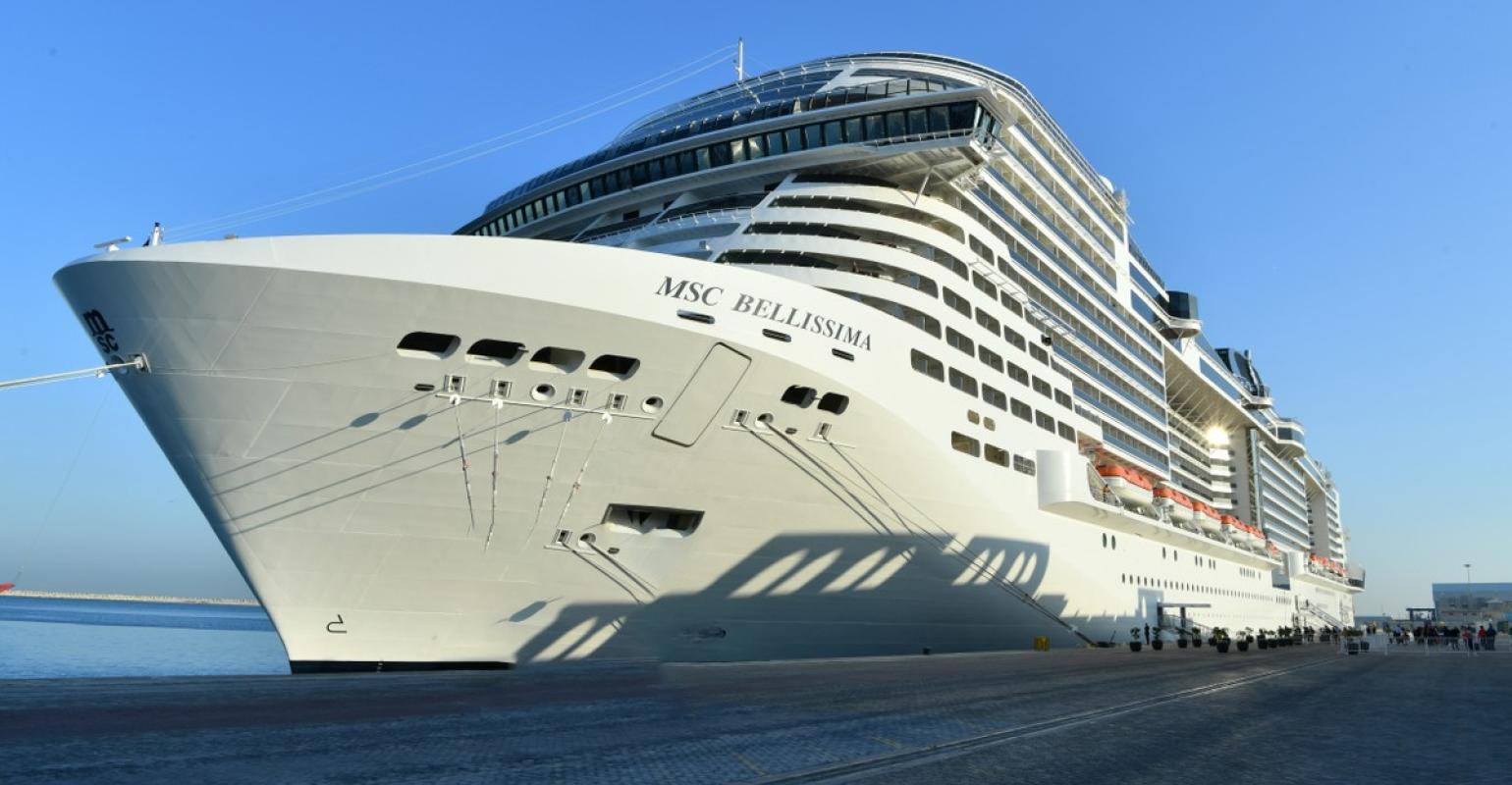 MSC Bellissima made its maiden call to Dubai on Saturday
MSC Cruises signed a five-year agreement with DP World for preferential berthing rights at Mina Rashid Port in Dubai.

Thanks to the additional volumes committed, MSC will consolidate its position as the Gulf region’s largest cruise operator.

MSC Cruises’ commitment to Dubai and the region is ‘clearly demonstrated by MSC Bellissima’s presence this season, the most modern, as well as one of most environmentally advanced cruise ships, to sail in the Gulf,’ Onorato said. ‘We will strengthen that bond further in winter 2020/21 when we deploy the highly innovative MSC Seaview, a ship especially designed to operate in warmer weather.’

Onorato commended DP World as a ‘visionary organisation that has the same environmental outlook as we have at MSC Cruises,’ and said the two will work actively together to further reduce the carbon footprint of ship operations.

For his part, Al Mannaei welcomed MSC Cruises’ ‘strategic decision to scale up their regional operations with Dubai as their base. It marks a new high in our long and mutually beneficial relationship,’ he said.

The preferential berthing agreement comes at a time when Mina Rashid has been experiencing a double-digit increase in tourist traffic.

‘We are committed to protecting Dubai’s natural environment and will fully support partner efforts to carry out conservation and sustainable practices through their business. Our longstanding synergy with our valued partners allows us to cement Dubai’s position as a responsible, year-round destination of choice,’ Bin Mejren added.

The MSC deal includes commitments to further reduce the carbon footprint of its ships calling at Dubai. This will include DP World’s implementation of a qualifying fueling process when MSC deploys LNG-powered cruise ships to the Gulf region.

The long-term agreement comes on the back of MSC Cruises’ expecting to carry more than 180,000 passengers in Dubai this season, a figure that will progressively grow through the length of the new agreement.

MSC Cruises will homeport several ships in Dubai throughout the contract’s term.

MSC Bellissima, which entered service early this year, will make 17 calls and spend 35 days in Dubai until March, sailing a range of seven-night itineraries in the Gulf. Also operating in the region is MSC Lirica, with 11-night cruises and 14-night cruises that add India.