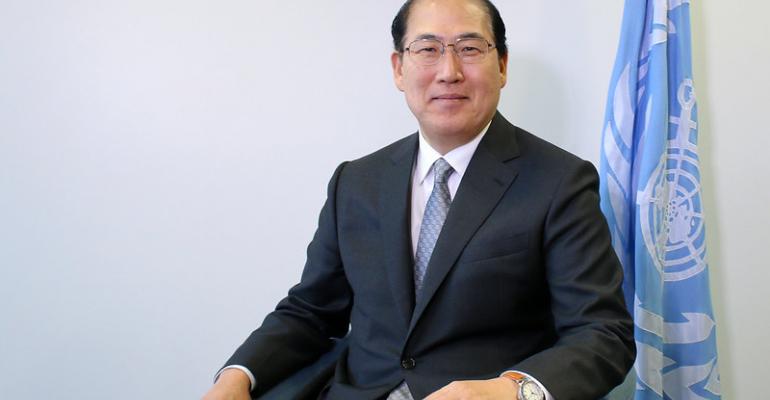 IMO Secretary-General Kitack Lim praised the collaboration and cooperation demonstrated by port state regimes since the beginning of the crisis
Port state control regimes have expressed their willingness to be part of the solution to the urgent issue of crew changes and repatriation of seafarers.

The meeting also provided an opportunity to discuss the pandemic's impact on seafarers, maritime safety and the marine environment, in particular with respect to the ongoing problems of crew changes.

It was recognized that facilitating crew changes is not under the direct control of port state authorities and may be limited by such matters as border closures, national public health restrictions and the availability of commercial flights.

Nevertheless, port state control authorities can still play an important role since they are in charge of carrying out inspections aboard ships to monitor and enforce compliance with international regulations. For example, safety issues resulting from crew fatigue may be examined by port state control, especially when extensions of seafarers' contracts violate the maximum stipulated in ILO's Maritime Labor Convention.

Opening the meeting, IMO Secretary-General Kitack Lim praised the collaboration and cooperation demonstrated by port state regimes since the beginning of the crisis.

IMO released guidance regarding surveys and renewals of certificates during the COVID-19 pandemic, developed in cooperation with the International Association of Classification Societies (IACS). They also welcomed the dissemination by IMO of the Singapore Crew Change Guidebook.

Besides ILO and IACS, this second video meeting for the port state control regimes during the pandemic was attended by representatives from all 10 PSC regimes, namely the US Coast Guard, the Viña del Mar Agreement and the Abuja, Black Sea, Caribbean, Indian Ocean, Mediterranean, Paris, Riyadh and Tokyo Memoranda of Understanding on port state control.