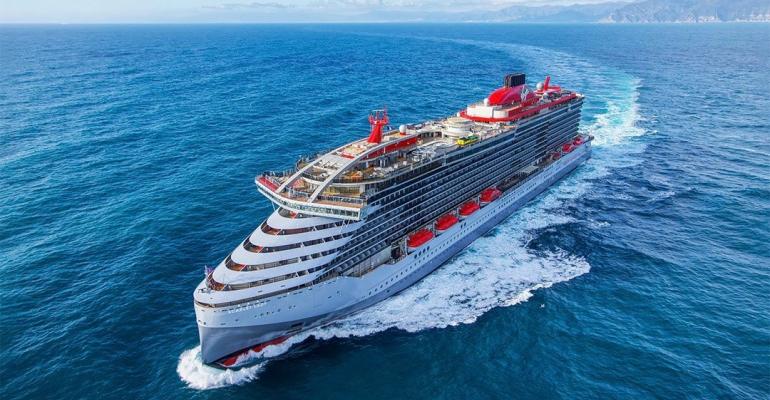 Not 'banned' and no illness on board

Some media are reporting the ship was 'banned' on coronavirus concerns.

Not true, according to Virgin Voyages.

'There are absolutely no health concerns on the ship and our decision to reroute to Miami was solely based on what we deemed was best for the ship and those on board,' a company spokeswoman told Seatrade Cruise News. 'This was made over the weekend after much consideration and communicated as soon as it could be. We were not "banned" from NYC and there are no illnesses on Scarlet Lady.'

Launch plans in Miami going ahead

The spokeswoman added that the New York showcase events were 'only postponed' and that launch plans in Miami are going ahead.

Scarlet Lady had been scheduled to arrive in New York March 6.

Over the weekend, Virgin issued this statement: 'In light of the current news headlines, we want to ensure everyone feels it is the right time to celebrate with us. We understand people may want to focus on other things at the moment, so we have made the decision to reschedule our upcoming showcase tour stop and events in New York City.

'We have absolutely no health concerns or issues on board and elevated our health protocol and processes when we took delivery of Scarlet Lady to keep our crew and visitors well and happy.'

Scarlet Lady is currently carrying 'friends and family,' numbering 850 passengers, the spokeswoman said, adding: 'We are actively working to ensure everyone on the ship has the appropriate travel accommodations once reaching South Florida.'

Virgin had hosted media, first mates (travel advisors) and VIPs in Dover, then Liverpool, before Scarlet Lady embarked on its trans-Atlantic crossing.