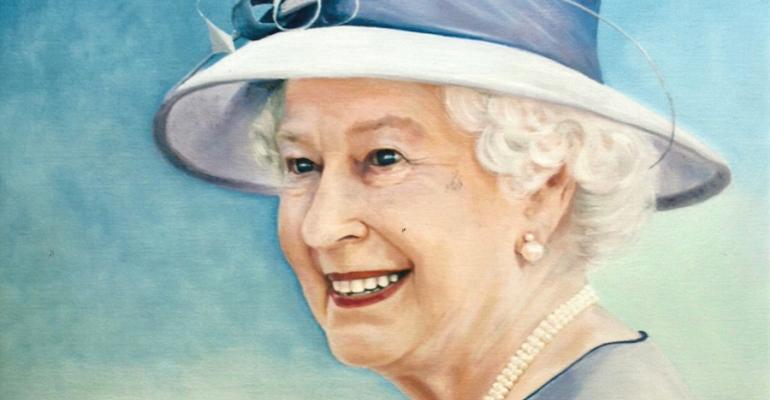 Specially-commissioned portrait of HM The Queen

Cunard Line’s Queen Mary 2 returned to service yesterday after her significant refurbishment which saw every cabin and several public rooms receive a new look, plus the addition of a specially-commissioned portrait of HM The Queen.

The refurbishment took place at the Blohm+Voss Shipyard in Hamburg, from November 24 to December 6, with work undertaken in all 1,310 staterooms, the Canyon Ranch SpaClub®, the Queens Grill and Princess Grill Restaurants, the Commodore Club, the Veuve Clicquot Champagne Bar, Sir Samuel’s Bar and Lounge and children’s Play Zone. The popular Golden Lion Pub was completely redesigned.

Peter Shanks, Cunard president and managing director, said: 'A ship that still turns heads everywhere she goes, Queen Mary 2 is unquestionably the pride of our fleet. We are committed to maintaining that impeccable reputation, and this significant refurbishment is an important investment on behalf of our guests.'

The 14-day refit required a team of thousands of workers replacing the equivalent of almost ten football fields of carpet and manufacturing about 18 miles of fabric into over 6,000 individual items. Over 1,250 loads were craned onto the ship and 20,000 litres of paint and varnish used.

Before she went to sea a specially-commissioned portrait of HM The Queen was unveiled. The Queen named the ship in January 2004 and the portrait will hang in the Grand Lobby.

The oil-on-canvas painting, by Gail Graham, depicts The Queen during her final visit to Queen Elizabeth 2 in Southampton on 2 June 2008.

Graham was born in London, but brought up in the US. After a career in advertising in Los Angeles, she returned to London as art director of the colour magazine ‘The European’.

Subsequently she took up portraiture full time, and currently works at her studio in Chelsea.

'Not only is it an honour to receive a commission for a painting of The Queen, it is a particular honour to receive one for a portrait which will hang in so significant a place as Queen Mary 2 which was named by Her Majesty. Most of my portraits are in private hands, so it is gratifying that this will be seen by so many,' said Graham.