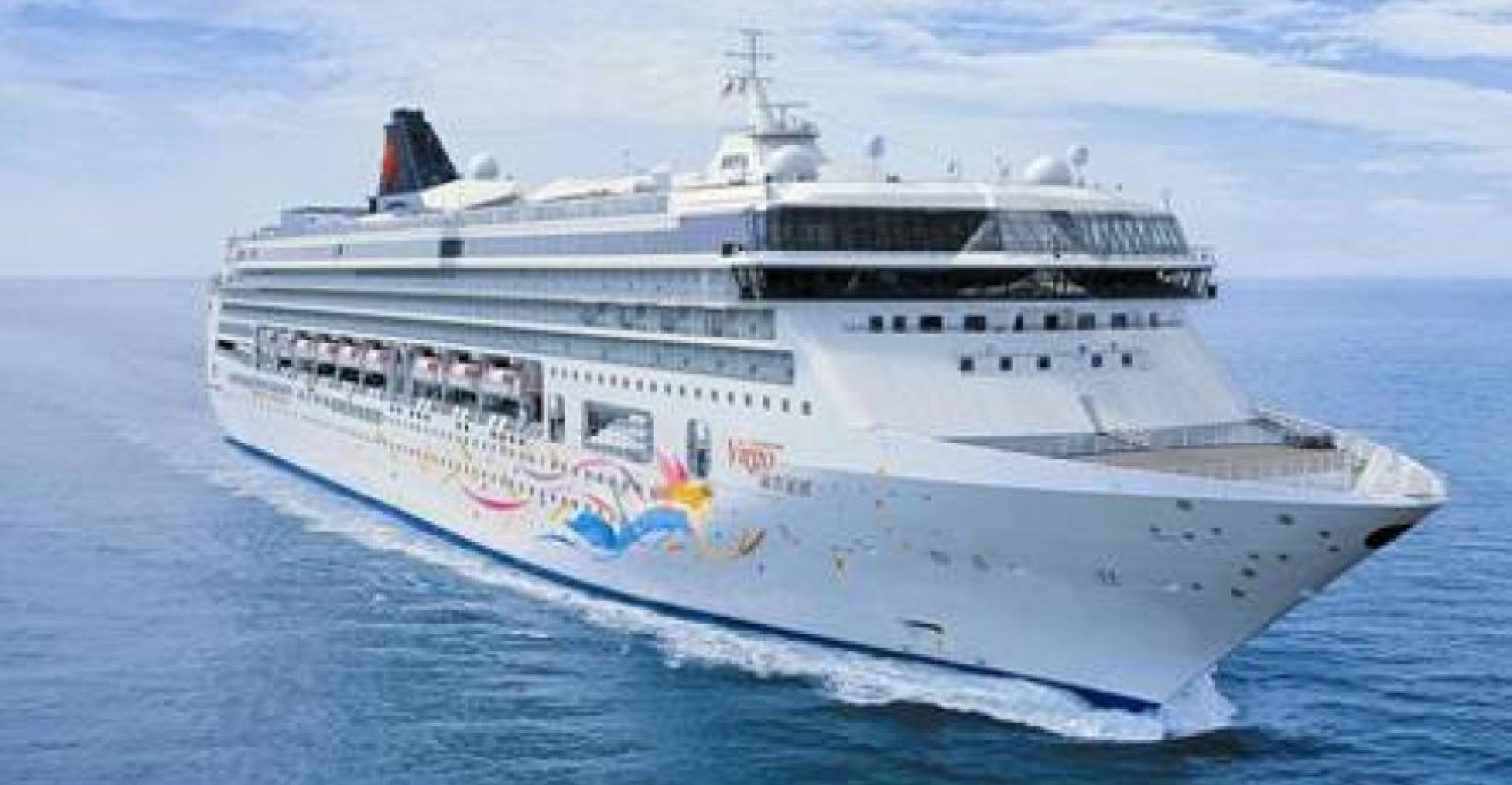 SuperStar Virgo to get US$25m refresh

The hull art depicts Virgo, goddess of harvest, gliding among rays of colorful lights. Inside the ship, tints of gold extend to the main lobby Grand Piazza, which mingles Eastern and Western cultures with a seagull-shaped European art installation and gold fittings. The lobby’s three signature golden horse statues will glisten in restored glitter.

The Mediterranean Buffet and Terrace are to gain vibrant, sun-drenched colours, while the ocean-inspired Blue Lagoon on Deck 7 will offer Southeast Asian specialties in a setting of ripple-shaped wall coverings and ceilings with vibrantly coloured tables. Two private dining rooms, styled after dining courts of Chinese empires, will be available at the Chinese restaurant The Pavilion.

The new cigar lounge, Champagne Bar Bellini on Deck 8, will provide a sophisticated hangout for after-dinner cigars and cognac.

On deck, Taverna, a stage for live music, will be added next to the Parthenon Pool. The activity centre will be refurbished and equipped with enhanced audiovisual systems.

Suites and cabins will get new layouts to maximize their space with more vivid colours and refined ergonomics.

After its refurbishment, SuperStar Virgo is scheduled to return to service in Singapore on Jan. 23, the first day of the Chinese Year of the Dragon. The ship will sail the straits of Singapore and Malacca on varied itineraries including two-, three- and five-night destination cruises to such spots as Phuket, Langkawi, Port Klang, Malacca, Redang and Penang, along with one- and two-night cruises to nowhere.

This rejuvenation follows the refurbishments of Hong Kong-based Star Pisces and Sanya-based SuperStar Aquarius, in February and April respectively, with a combined cost of US$13.6m.