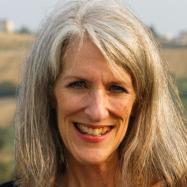 Anne Kalosh covers global stories, reporting both breaking and in-depth news on cruising's significant people, places, ships and trends. A sought-after expert on cruising, she has moderated conferences around the world, including the high-profile State of the Industry panel at Seatrade Cruise Global. She created and led the acclaimed itinerary-planning case study for Seatrade's cruise master classes held at Cambridge and Oxford universities. She has been the cruise columnist for AFAR.com, and her freelance stories have appeared in a wide range of publications, from The New York Times to The Miami Herald.

NCL offers teachers chance at free cruises and cash prizes for their schools
May 03, 2021
Norwegian Cruise Line reprised and expanded its 'Norwegian's Giving Joy' contest to recognize and reward teachers and their schools in the US and Canada.