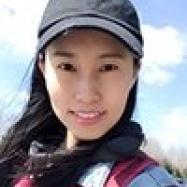 With extensive experiences in writing, research and social media promotion, China-based Katherine focuses on shipping and transport sectors. She had worked for maritime industry since 2008 and had been well connected with local industry players.

RINA awards AIP to China’s self-developed cruise ship
Dec 09, 2021
RINA is issuing an approval in principal certificate to CSSC Cruise Technology Development for its design of a 150,000gt-class cruise ship.