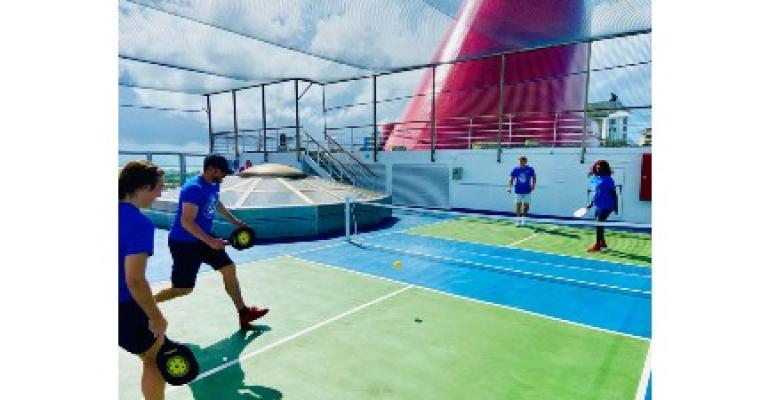 The court is located on the top deck, so picklers can take in the ocean views while they play.

While Carnival Conquest has become the first Fun Ship to feature a permanent pickleball court, the game can be played on several other ships across the fleet, with equipment recently added to the vessels' basketball courts.

NCL and MSC, too

Pickleball is one of America’s fastest-growing sports, and Norwegian Cruise Line's new Norwegian Prima also has a dedicated court, as will MSC Cruises' MSC World Europa when it debuts in December.

Pickleball is a two- or four-person sport where players hit a perforated hollow ball over a net using solid-faced paddles, combining elements of tennis, badminton and ping-pong. The game has existed for decades, but it has seen surging popularity across the US recently and growing interest internationally as well.

Carnival Conquest’s pickleball court is one of several recent ship enhancements, including the addition of Carnival’s new signature red, white and blue livery.

The ship sails year-round from PortMiami to the Bahamas and Caribbean.