The long and winding road towards greener maritime operations 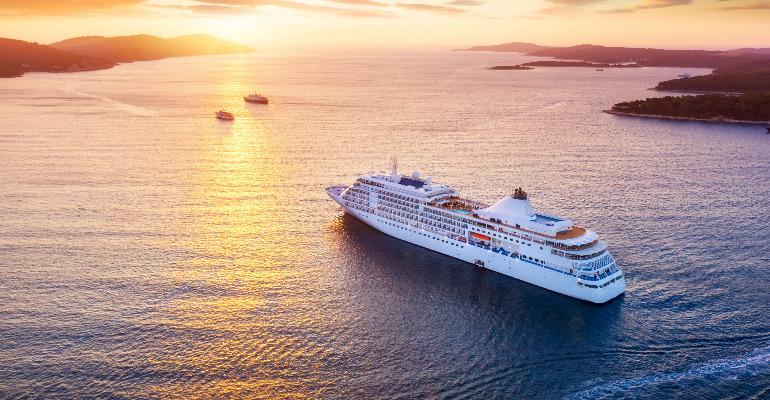 The industry needs to act quickly and effectively if environmental targets are to be met. Failure to be positioned for compliance could be extremely costly and could lead to the loss of any competitive edge.

The global cruise sector, like the rest of the maritime industry, is under increasing pressure to reduce the environmental impact of its operations. With new emissions regulations emerging and an-ever increasing level of scrutiny, cruise lines will have to prepare for more robust environmental requirements and higher standards of operational performance. This article will provide a whirlwind tour of the upcoming decarbonisation regulations and some unique considerations for the cruise sector.

A new generation of emissions regulations

Adhering to higher standards of environmental performance will not be easy. The IMO’s decarbonisation target is to reduce carbon intensity by at least 40 percent by 2030, pursuing efforts towards 70 percent by 2050, compared to 2008 levels. Total annual greenhouse gas (GHG) emissions should be reduced by at least 50 percent from 2008 levels by 2050. To make these goals a reality, planning and effective strategic preparation will be essential.

In support of these targets, the IMO has adopted a new generation of mandatory regulations. These include the Energy Efficiency Design Index (EEDI), which is mandatory for new ships, and the Ship Energy Efficiency Management Plan (SEEMP) for all ships. In 2016, the IMO also adopted the Data Collection System (DCS) as mandatory. This requires owners of vessels of more than 5,000 gross tonnage (GT) to collect and report fuel oil consumption data.

In 2021, the IMO adopted short-term measures to reduce the carbon intensity of all ships by 40 percent from 2008 levels by 2030. Entering into force in 2023 will be the Energy Efficiency Existing Ship Index (EEXI), which applies to ships of 400 GT and above, a fact that guarantees cruise vessels will be affected.

Also taking effect in 2023 will be the Carbon Intensity Indicator (CII) regulation. CII is a measure of how efficiently a ship transports goods or passengers. It is given in grams of CO2 emitted per cargo-carrying capacity and nautical miles and affects ships above 5,000 GT. The intention for the CII is to determine the annual reduction factor within a specific rating level.

At the regional level, the European Union’s ‘Fit for 55’ plan aims at reducing GHG emissions by 55 percent by 2030. The package was proposed in July 2021 by the European Commission and could become law during 2022.

Implementing changes to the way the maritime industry operates is a process that takes considerable time. The past could give a good indication as to what may occur with this latest round of regulations.

For example, looking at the IMO regulations limiting sulphur oxide (SOx), we can compare the original intention with the time needed for implementation. The convention was first adopted in 1997, but it took eight years before it had sufficient support for it to enter into force. Three years of examination followed before the revised protocol was adopted in 2008, and two more years before it had legal force and effect in 2010.

Furthermore, whereas the global limit for SOx emissions was originally set at 4.5 percent m/m, it was reduced to 3.5 percent m/m, and from January 2020 to 0.50 percent m/m. Within emission control areas (ECAs), the limit on SOx and particulate matter emissions has been lowered to 0.10 percent m/m.

Similarly, it took years for regulations on the reduction of nitrous oxides (NOx) to take effect. Tiers I, II, and III emission limits are now applicable but only after lengthy discussion and development.

Reflecting on these examples, we can expect the new generation of regulations and restrictions to have bold deadlines which will likely be subject to change over time. Already the IMO is looking at possible exclusions and corrections to the calculation of CII ratings and, as the practicalities of meeting these deadlines becomes a reality, further correction may very well come to the fore.

Cruise ships commonly remain close to land, within ECA zones and territorial waters where they must abide by some of the most stringent maritime regulations. They also tend to have several successive ports of call within narrow timeframes, a fact that contributes to inflexible schedules and complex logistics.

On top of having to comply with existing and emerging emissions regulations, leaders for cruise ships, both ashore and aboard, will continue to be preoccupied by waste discharge regulations. There are thousands of people aboard cruise ships, including crew, personnel, and passengers, who require both public and private space for comfort and entertainment. As a result, these vessels can be huge, and must contend with high volumes of solid and liquid waste. This includes bilge water, sewage, greywater, ballast water, food waste and garbage.

Determining the precise boundaries of areas where waste regulations are in effect and planning routes accordingly can be exceedingly difficult. The Master and bridge leader are charged with maintaining fixed schedules while abiding by discharge regulations that directly affect vessel speed and agility.

The level of planning required to maintain compliance can be so complex that it must be done far in advance for schedules to properly align with necessary operational events. There is a need for solutions that can consolidate and visually represent multiple datasets, offering insights and facilitating detailed waste management preparation.

While planning is always a good idea, real-time situational awareness is also a necessity, especially when dealing with a variable like weather and any number of unplanned situations that may arise. Bridge leaders and shoreside teams need to know with certainty, at any given time, the regulations in effect at their exact position, further along in their journey and in the areas around their vessel. This requires integrated data, which can be easily understood and actioned with confidence.

Currently, the focus for compliance is on technological improvements that deliver greater fuel efficiency, better waste management, and reduced emissions. There are several technological advancements being pursued, including the development of zero-carbon marine fuels, such as methanol, ammonia, and hydrogen which are slowly emerging as options.

Nevertheless, physical upgrades alone are not sufficient, nor might they be immediately cost effective. Complimentary software is necessary to deliver the data needed to integrate regulations with operations and support proper decision-making. Most importantly, planning and engaging with requirements by auditing current practices and developing strategies for meeting the objectives will be essential.

The latest IT solutions and software platforms enable real-time communication between ship and shore and are, therefore, essential to efficient environmental compliance. Collaboration between all stakeholders will be needed if both compliance and commercial interests are to be met.

The key to compliance lies in adopting a holistic and proactive approach to improving fleet-wide environmental performance. Knowing and realistically assessing the company’s current efficiencies and deficiencies over the short and long term will be an important starting point.

Having a complete understanding of all the relevant regulatory details is challenging, to say the least. To be aware and keep track of all the regulations in force during a voyage, while at the same time being fully occupied with routine operational duties, can easily lead to human error. Again, software-provided data will be essential.

The industry needs to act quickly and effectively if environmental targets are to be met. Failure to be positioned for compliance could be extremely costly and could lead to the loss of any competitive edge. Although difficult, full compliance will involve aligning traditional operational habits with actions necessary under new and existing regulations.

Developing a market behaviour model based on historical experiences will be a major focus area as efforts to decarbonise operations are implemented.

To find out more about how OneOcean can provide value to the cruise sector, visit https://www.oneocean.com/markets/cruise/. Further insight into this subject will be featured in OneOcean’s soon-to-be-published white paper which covers decarbonisation in the maritime sector. Keep an eye out for it in the coming months at www.oneocean.com.