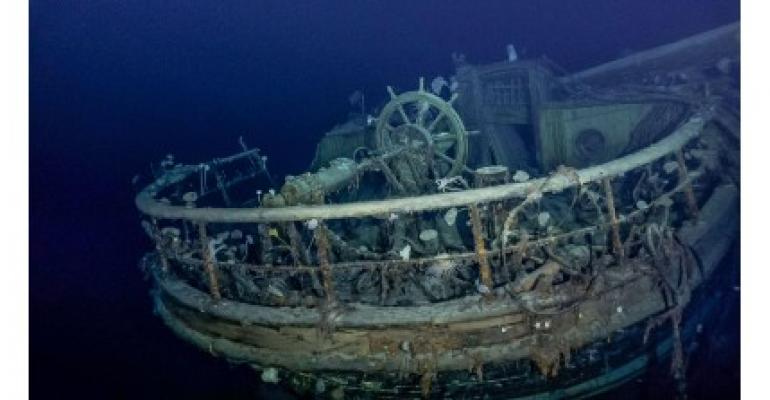 Under nearly 10,000 feet of water in the Weddell Sea, Endurance is upright and said to be brilliantly preserved

The finding of explorer Ernest Shackleton's Endurance, which sank in the Antarctic in 1915, is cause for great excitement the world over including in expedition cruising.

Making polar history, the search expedition Endurance22 today announced locating the wreck at a depth of 9,869 feet/3,008 meters in the Weddell Sea. It is upright and said to be brilliantly preserved.

The crew found Endurance within the search area defined by the Endurance22 expedition team before its departure from Cape Town on a South African icebreaker, and approximately four miles south of the last position recorded by Shackleton's captain, Frank Worsley.

The New York Times called Endurance 'among the most celebrated shipwrecks that had not been found' — until today — and said it 'holds a revered place in polar history because it spawned one of the greatest survival stories in the annals of exploration.'

Reach the World, Endurance22's lead education and outreach partner, has engaged tens of thousands of students around the world in the search for Endurance over the past five months.

'Expedition cruising has always been about the spirit of discovery and an authentic connection with nature and history,'  said John Delaney, Reach the World board member and past president of Windstar Cruises. 'This is a historic day with the discovery of Endurance after more than a century. Every cruiser who has ever been to Antarctica knows Ernest Shackleton’s amazing story and this will add to the excitement of expedition cruising. This is such an exciting event for Reach the World and thousands of students across the county are sharing in this historic discovery.'