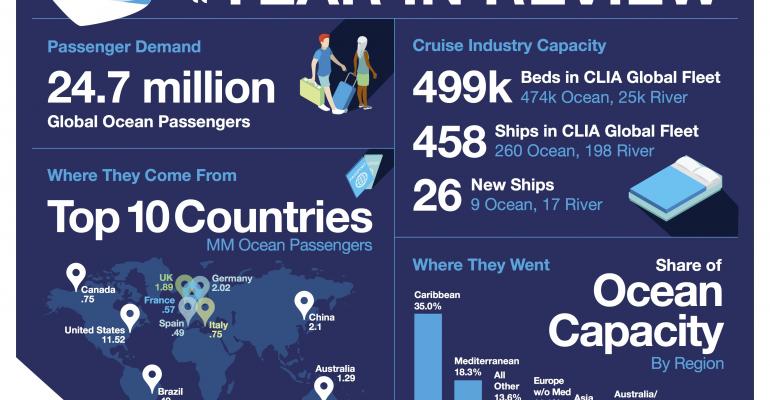 Cruise Lines International Association reports 24.7m people cruised on the oceans in 2016, higher than the 24.2m projected, as China surpassed Germany to become the No. 2 source market.

According to CLIA, China moved up to become the second largest source market for cruising, with 2.1m passengers, edging out Germany with 2.02m. Germany had recently surpassed the UK as No. 2. The US produced a world-leading 11.52m cruisers. Fourth largest market was the UK, with 1.89m, followed by Australia with 1.29m.

Much of the industry’s growth can be attributed to the continuing development of Asia, where cruise capacity rose to a 9.2% share of the global market in 2016, a 38% increase from 2015. The increase, along with Asian travelers' propensity for shorter and more frequent cruises, has kept the region at the top of emerging cruise markets.