After cruise traffic dips at Singapore, more arrivals forecast for 2015 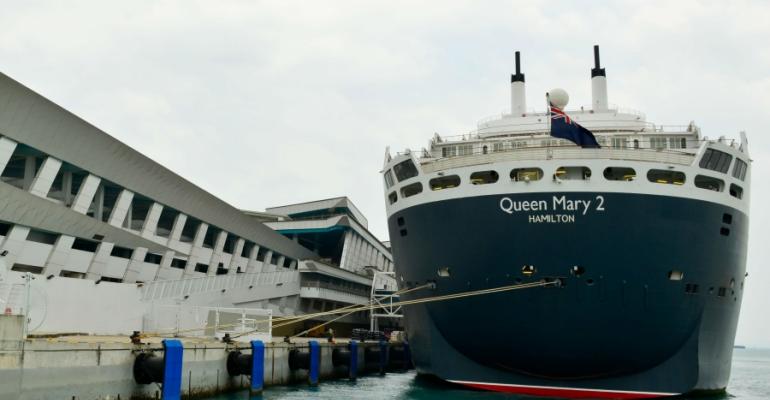 However, more ships are expected in 2015, with 10 maiden calls booked including MSC Orchestra in early March.

With the arrival of more vessels, Singapore’s passenger throughput is not only expected to return to 2013 levels, but an estimated 10% to 15% year-on-year growth is expected in the next three to four years.

June is a month of school holidays in Singapore and travel agents report cruises usually sell well during this period.

‘The lower capacity during traditionally healthy cruise travel between May and July affected our cruise passenger throughput,’ added Chang.

Singapore’s inbound tourism figures fell in 2014 for the first time since 2009 although the average days visitors spent increased over the previous year.

For its part, the expected rebound in the cruise industry is on the back of increasing deployment to Southeast Asia. The estimated growth rate in Singapore’s cruise industry ‘is one that will outperform the 4% growth our cruise industry experienced from 2005 to 2014,’ said Chang.

Celebrity Cruises announced it will for the first time have two ships in Asia with the arrival of Celebrity Century. The 71,545gt ship starts her Asia season homeporting out of Singapore on a series of 14-night cruises.

Kelvin Tan, Celebrity Cruises’ commercial director (Asia Pacific) said, ‘This is testament to our brand's readiness to capitalise on Asia’s growth potential and the continual popularity of the Asia programme with our guests.’

With two ships in Asia, passengers can access more than 31 UNESCO World Heritage Sites, he added. Celebrity Century will call at destinations the line never visited before, including Manila and Boracay, Philippines; Yangon, Myanmar; and Bandar Seri Begawan, Brunei. Other highlights of the Asia season include the 2015 President’s Cruise on March 8, and a pair of 14-night sailings between Singapore and Dubai.