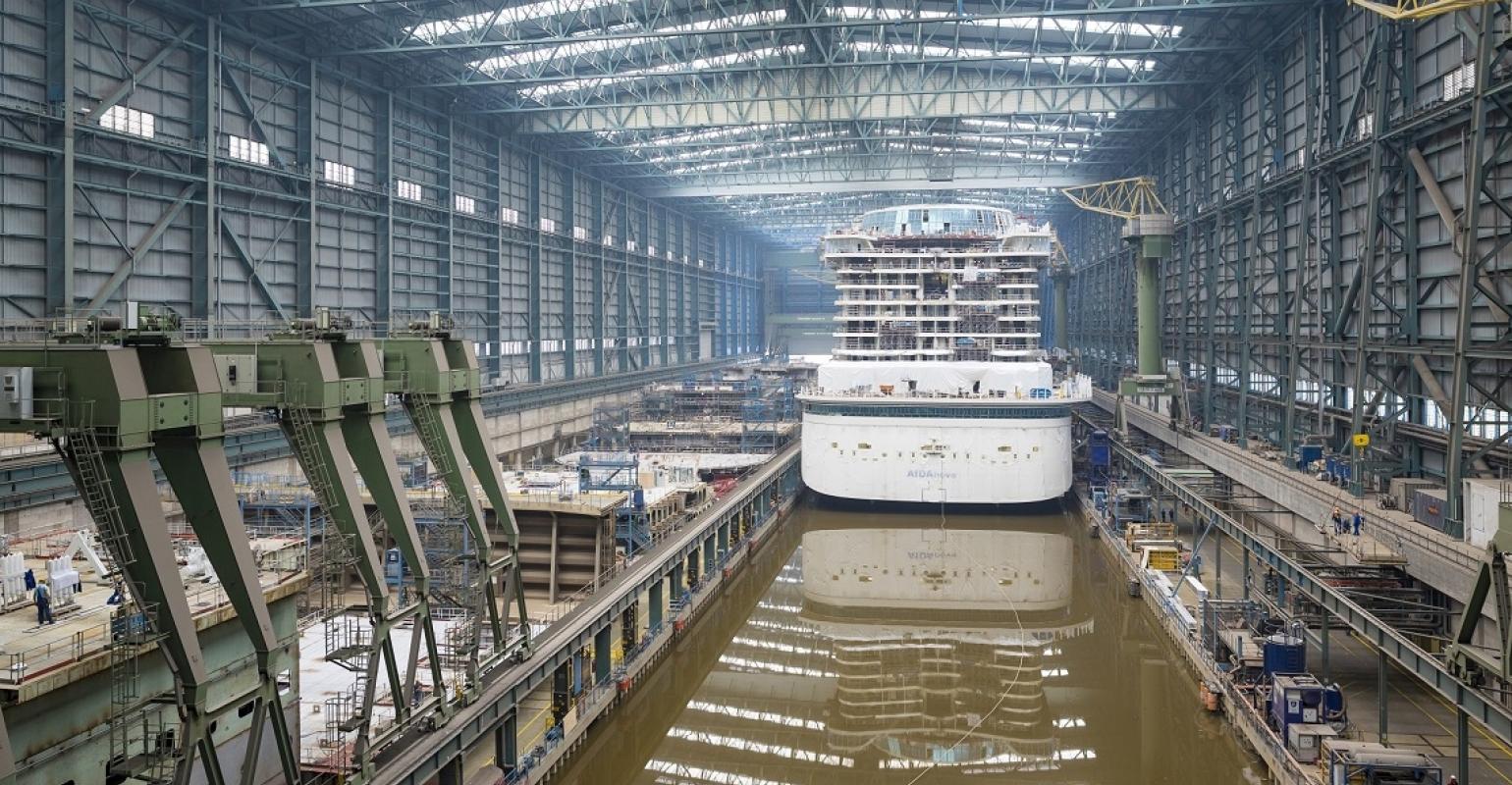 AIDAnova moved along the Meyer Werft shipbuilding dock late on Wednesday afternoon
AIDAnova, AIDA Cruises' groundbreaking LNG powered cruise ship due for delivery on November 15, had a first contact with water Wednesday as the building dock in Papenburg was flooded to move the ship about 140mtr within the dock.

AIDA said the operation, which was conducted with various winches, started around 17:00 hrs yesterday and was completed successfully.

At the same time AIDA Cruises announced the name of AIDAnova's first captain. Boris Becker, who embarked on a career with AIDA back in 2004 and was appointed Captain at the age of 30 in 2010, will take command and be in charge of the vessel after handover and during the maiden voyage. He oversaw the introduction of AIDAperla.

Captain Becker – who is not to be confused with a former German tennis champion of the same name – is joining the AIDA team at Meyer Werft to follow the construction from now on.

AIDAnova will next be adding coatings and propellers.

After the ship has been moved out of the covered building dock, the mast and funnel will be mounted.

On August 31, the naming will take place on site in Papenburg – a premier for AIDA – before AIDAnova proceeds to Eemshaven in mid-September for final outfitting and trials.

The hand-over is eventually scheduled to take place in Bremerhaven.