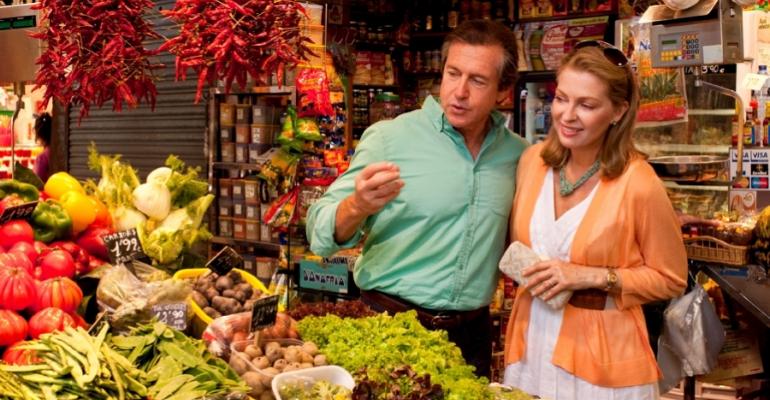 With Royal Caribbean due to report first quarter earnings and update its guidance on Thursday, followed by Norwegian Cruise Line on April 28, brokerages like William Blair and UBS are forecasting stronger pricing in Europe. This springs from Europe's improving macroeonomic picture, reduced 2014 capacity and the continued recovery from ship incidents in 2012 and 2013.

For Royal Caribbean specifically, Willam Blair projects strong pricing gains in Europe and improving trends in other markets as more than offsetting modest declines in the Caribbean and somewhat softer than expected though 'still nicely positive' Alaska pricing.

'Pricing momentum appeared to be fairly consistent in February and March, although trends have been more volatile in April, perhaps due to the shift in Easter,' William Blair analyst Sharon Zackfia said in a note.

She expects Royal Caribbean to meet or beat the brokerage's first-quarter EPS estimate of 27 cents, versus guidance of 20 cents to 30 cents and the consensus expectation of 28 cents. For Q2, William Blair projects EPS of 42 cents, compared to the 45-cent consensus.

Royal Caribbean will likely reiterate its constant currency net yield expectation of a 2% to 3% increase for 2014, Zackfia told investors, with strong seasonal Europe demand pushing up yields in the second half of the year, 2% to 4%, versus 1% to 2% in the first half.

While Zackfia thinks Royal Caribean could modestly increase its full-year profit guidance, she told investors it's more likely the company will affirm its $3.20 to $3.40 range. William Blair maintained its $3.23 EPS expectation, 35% above the company's 2013 profit. The consensus forecast is $3.35.

UBS projects a likely double-digit increase in Europe yields this year with industry-wide berth numbers down 5% year over year. Europe's 27% share of total cruise capacity compares to 29% in 2013.

Since Carnival Corp. has the highest exposure to Europe, 29% to 30% of its total deployment, compared to 20% to 22% for Royal Caribbean and Norwegian, Carnival stands to benefit the most from improving Europe yields, UBS analyst Robin Farley said.

For Carnival, Europe was a more profitable source market than North America before the Costa Concordia incident, according to Farley. She said Europe comprises roughly 34% of Carnival's sourcing, 28% to 29% of Royal Caribbean's and 15% of Norwegian's.

'In fact, North American passengers make up less than half of RCL's European itineraries,' Farley said. 'We expect Europe to have continued passenger growth given relatively low penetration and subdued supply growth, combined with [the] strong consumer demand seen before Concordia.'

UBS expects Costa to drive the highest year-over-year yield gains for Carnival in 2014 and thinks AIDA Cruises is currently the company's most profitable brand.

Following a recent meeting with Norwegian management, UBS said that while the company would not talk about Q1 so close to reporting earnings, it likely already would have revised guidance if it didn't expect to hit its EPS forecast of 20 cents to 24 cents per share. UBS expects EPS of 23 cents.

Farley thinks Norwegian's newer ships continue to garner double-digit premiums on a full-year basis and that still applies to the 4-year-old Norwegian Epic.

Norwegian's annual shareholders meeting is scheduled for Thursday morning in Miami, while the company plans to announce Q1 results next Monday.