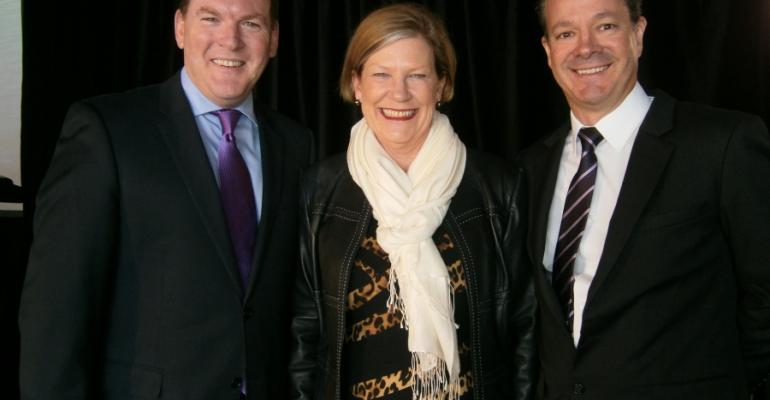 More than one million Australians took a cruise last year, setting a global record with a market penetration rate of 4.2%.

This was announced by CLIA Australasia chairman, Gavin Smith, at a function for more than 100 industry stakeholders at the upgraded Overseas Passenger Terminal at Sydney Cove today.

He said Australia is also the world’s fastest growing source of cruise passengers, with numbers surging 20.4% last year to reach 1,003,256—way ahead of the original 2020 goal.

The 2014 Australian Cruise Industry Source Market Report released today is the 13th annual report since 2002 when the number of Australians who cruised was 116,308. It is based on data from CLIA’s cruise line members that account for more than 95% of the world’s cruise passengers.

Smith said France was the only other major market to achieve double digit growth (13.6%) in 2014 and that Australia is now the fourth largest source market in the world, accounting for 4.5% of global cruisers, behind North America (54.2%) Germany (8%) and UK/Ireland (7.4%).

South Pacific voyages attracted more than 390,000 Australians in 2014, giving the region 39% of the market and cementing its position as the major destination.

River cruising soared by 62% to almost 80,000 passengers and Europe remains the leading long-haul destination for ocean cruising, with a 21% growth pushing numbers beyond 93,000.

The addition of new capacity helped deliver a second consecutive year of strong growth in Asia, with passenger numbers up 25% to a record 55,399.

The Caribbean region experienced a 65% surge in passenger numbers to 31,000.

Cruises of eight to 14 days remain the most popular, accounting for 54% of all passengers. There was a big increase in shorter cruises, with voyages up to four days attracting 59% more passengers than in 2013 and cruises of five to seven days up 31%.

New South Wales and Queensland—the only two states where cruise ships are based year-round—maintained their position as the two biggest source markets. NSW contributed 40.9% of the total number of cruise passengers, while Queensland accounted for 23.6%.

No single age group dominated the market, with passenger numbers spread fairly evenly across the majority of age categories. This reflects the broad variety of product and destinations proving, as CLIA Australasia gm Brett Jardine said, ‘There is a cruise for everyone.’

Around six years ago it was considered possible that Australia may achieve one million passengers by 2020.

‘To reach that number in 2014 is an amazing result and shows the true passion Australians have for cruise holidays,’ Smith said.

‘If our growth rate continues at just 12.5% for the next six years we will reach two million passengers by 2020.’