Australian volume has increased for Cunard 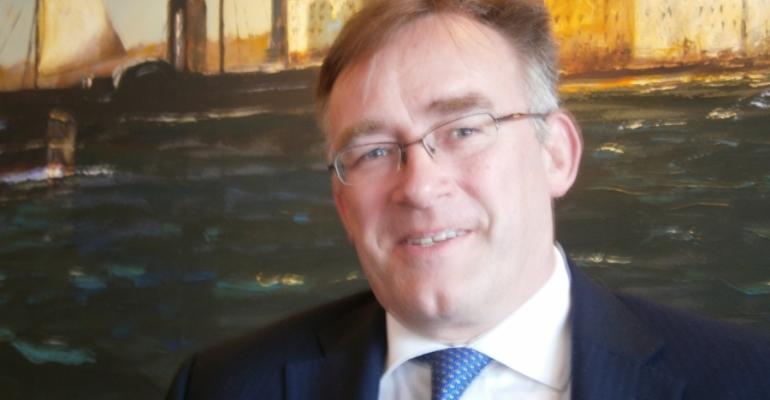 David Rousham in front of a painting of the original Cunard building in Liverpool aboard Queen Victoria in Sydney today
Australia is still No. 3 source market for Cunard after the UK and North America and is still No. 2 after the UK for the company’s world cruises, David Rousham, international development director, said at a press conference in Sydney today aboard Queen Victoria.

Rousham said 1,200 Australians are leaving tonight aboard Victoria’s eight-night round trip from Sydney to Hobart, Kangaroo Island and Melbourne.

He said 250 Australians are on the 2,014-passenger ship’s entire 120-night voyage which left Southampton on January 10 and returns May 10.

He said the volume of Australian passengers continues to increase, particularly on Mediterranean itineraries which have seen a decline in passengers from the United States.

Cunard’s 2018 world voyages are being released five months early and will be availabe in Australia at the same time as the UK. Rousham said the launch is planned to coincide with the arrival in Sydney of Queen Mary 2 on March 10.

According to Rousham Cunard is looking at becoming an all-inclusive product. He said this will probably be introduced for Grill passengers and that, long-term, it may extend to all classes on its three ships.

‘Watch this space,’ he said.