Australians will be first to sample Princess ‘Crafted by Curtis’ menus 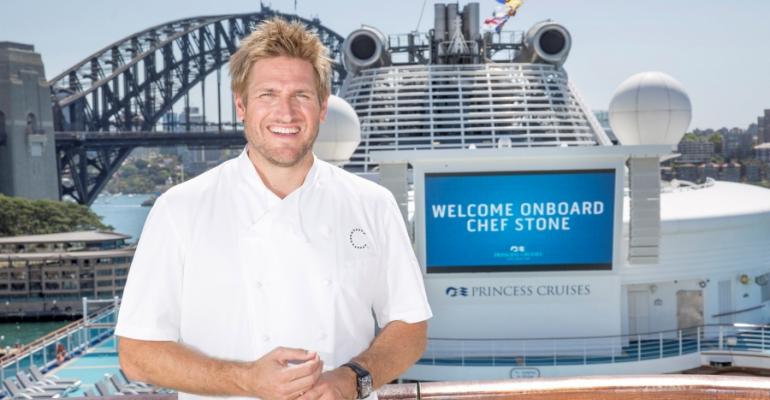 Melbourne-born celebrity chef, author and television personality, Curtis Stone, who has partnered with Princess Cruises to provide ‘Crafted by Curtis’ menus across the company’s fleet of 18 ships, took the opportunity to visit Diamond Princess when she arrived in Sydney Tuesday to kick start Australia’s biggest 2015-16 wave season.

The new menus will debut on board Golden Princess which arrives in Sydney on October 18 and moves to Melbourne where she will be based for her maiden season of cruising Down Under until April 2016.

Curtis, who has worked at some of Australia’s leading restaurants, worked with P&O Cruises (UK) dining consultant Marco Pierre White in London at Cafe Royal and Mirabelle and became head chef at White’s Quo Vadis.

He opened his first restaurant, Maude, in Beverly Hills, California, in 2014.

He has had an extensive television career in Australia, the UK and the US.