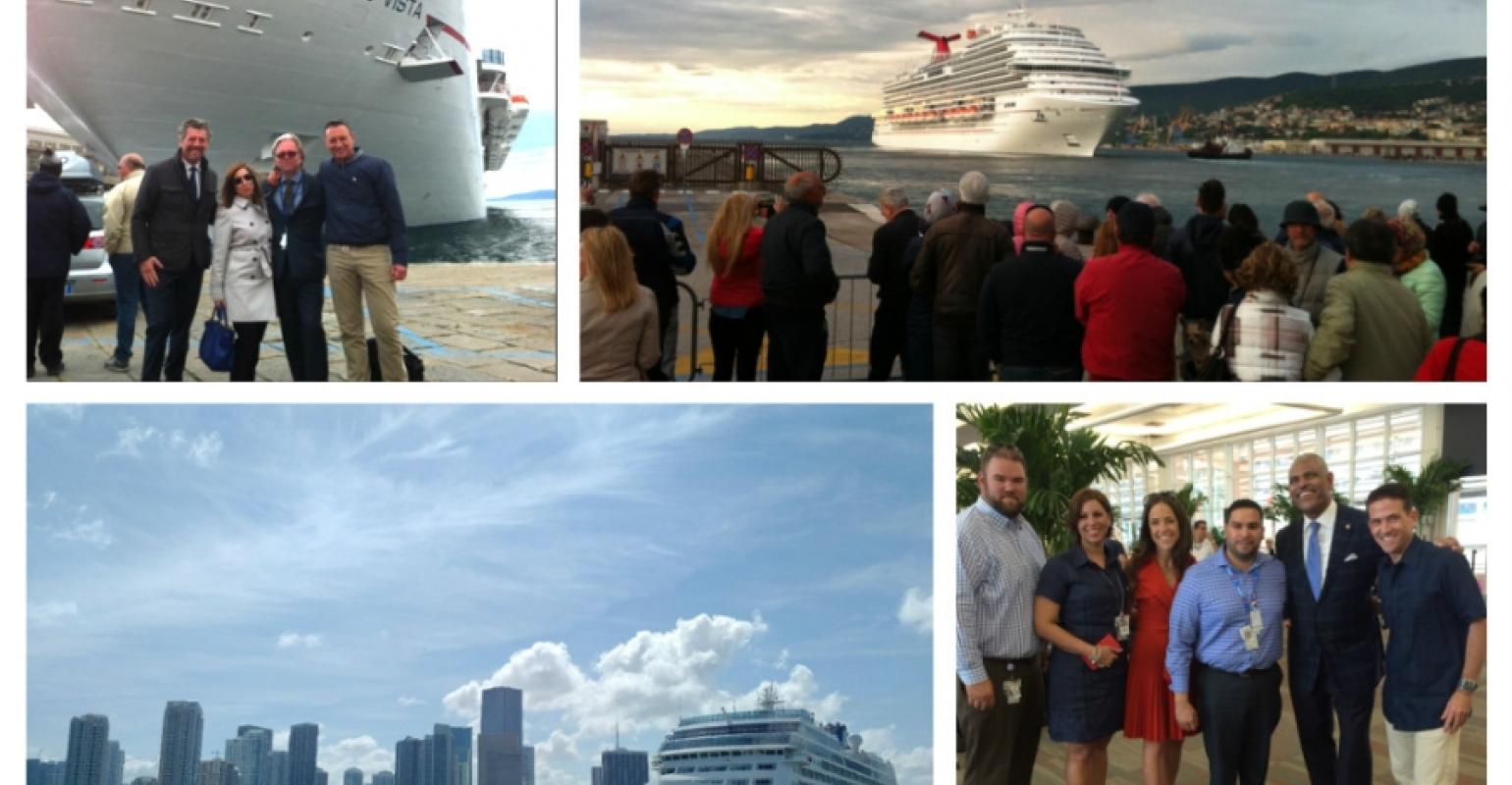 Carnival's Christine Duffy sends off Carnival Vista on its maiden voyage in the Mediterranean (top) while, in Miami, Arnold Donald and Tara Russell were among the officials present for Fathom's historic Cuba cruise (Photos courtesy of Carlos Torres de Navarra, Carnival Cruise Line)

May 1 goes down as a big day in Carnival Corp. & plc history as Fathom's Adonia embarked on the first cruise from the US to Havana in more than 50 years and Carnival Cruise Line's largest ship, the new Carnival Vista, began its maiden voyage.

Carnival Vista sailed from Trieste, Italy, with more than 4,000 passengers on its 13-day maiden voyage, with Carnival president Christine Duffy among those present for the send-off.

Later, in Miami, Carnival Corp. officials led by president and ceo Arnold Donald, along with Fathom president Tara Russell, were on hand to farewell Adonia's historic voyage to Cuba.