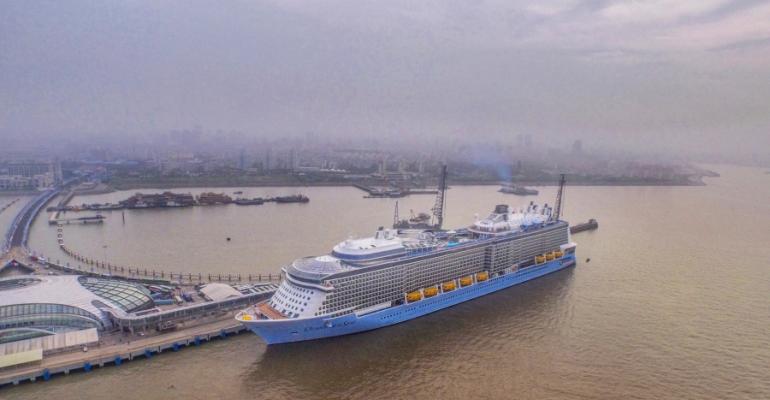 More Chinese plan to cruise and their awareness of brands like Costa, Princess and, particularly, Royal Caribbean, is up, according to a UBS market survey.

'We saw a marked increase in intention to travel by cruise in the next 12 months,' UBS analyst Robin Farley said, citing the findings from the brokerage's survey of 3,572 Chinese residents of 23 first- and second-tier cities who represent a good mix of previous travelers and those planning to travel in the next 12 months.

Intent to travel overall has fallen compared to the last UBS survey but has grown for cruises, the brokerage said in a note.

While only 1% of respondents went on a cruise in the past six months—the same as last year—the recent survey found 4% of respondents traveling in the next 12 months are planning to go on a cruise, compared to 2% in UBS's April survey.

'We also found a significant increase in brand awareness for the North American cruise lines,' Farley said. The biggest increase was for Royal Caribbean, helped by the arrival of Quantum of the Seas to its new home earlier this year.

UBS said the renminbi's depreciation appears to have some impact on overall outbound travel, with Chinese planning to spend less or shorten their trip or change their destination. Farley said this supports the idea that cruises priced in renminbi could see better demand than other outbound travel.

Among overall outbound travelers, not just cruisers, Korea and Japan continue as the most preferred destinations. These, Farley noted, are also the two countries included on most cruises from the major Chinese homeports of Shanghai and Tianjin.

UBS expects RCL will have something to announce about 2017 deployments to China soon. As the brokerage has previously noted, if one more ship is moved to China from North America in 2017, supply overall in the North American market would decline—a first for the cruise industry.