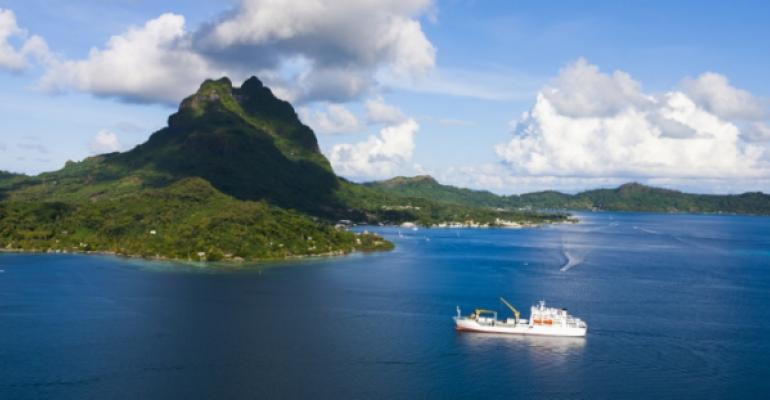 The Compagnie Polynesienne de Transport Maritime’s passenger-freighter Aranui 3’s first scheduled call at Bora Bora earlier this month was such an overwhelming success it will be a highlight of the company’s 17 voyages in 2015.

The air-conditioned 200-passenger Aranui 3 makes scheduled 14-day round trips from Papeete to the remote Marquesas Islands and Tuamotu atolls.

‘The new programme will take passengers to three very different, yet equally stunning, French Polynesian archipelagoes -- the Marquesas, Tuamotus and Society Islands -- showing off some of the most naturally beautiful and untouched islands in the world,’ Laurent Wong, Australia and New Zealand representative, said.

Wong said to include the new calls at Bora Bora and its ‘impossibly blue lagoon,’ the 2015 itineraries have been slightly modified but still feature the same Marquesas ports made famous by French painter Paul Gauguin who is buried in Calvary Cemetery overlooking Atuona Bay on the island of Hiva O’a.

He said the ship will still call at Rangiroa in the Tuamotus, but Takapoto replaces Fakarava.

Aranui 3, which entered service in 2003, will be replaced later next year by Aranui 5 which is being built in China at Shandong-based Huanghai Shipbuilding.

Why no Aranui 4? Seatrade Insider was told this is because Chinese consider 4 an unlucky number.