Bottoms up Down Under for Carnival Cruise Line 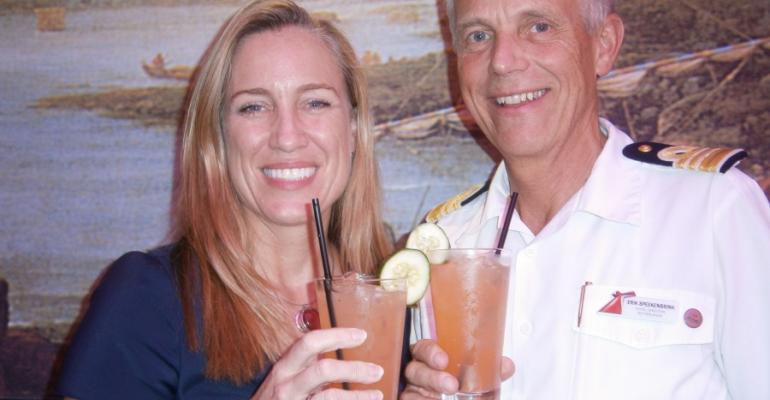 A media preview of Carnival Cruise Line’s pharmacy-inspired Alchemy Bar was held on board the 88,500gt Carnival Legend in Sydney today.

The bar which is being introduced throughout Carnival’s fleet will be one of the many additions to Carnival Spirit when she undergoes a massive A$44m makeover at the Sembawang Shipyard in Singapore in August.

As previously reported, the 2,680-passenger Carnival Spirit, which was permanently home-ported in Australia in October 2012, departs Sydney on August 1 for a 15-day voyage to Singapore via Brisbane, the Whitsundays, Darwin, Lombok and Bali.

She will undergo a two-week drydock in Singapore before leaving on August 30 for the return 15-day voyage to Sydney.

Vandekreeke said it was created to satisfy the great Australian thirst for beer and it is also available aboard Carnival Legend during her extended Australian season.

Today journalists were issued with ‘prescription pads’ to select ingredients and watch as master mixologists handcrafted cocktails to taste.

‘Our Australian guests are social and love trying something new so we expect the new bar to be a big hit Down Under,’ Vandekreeke said.