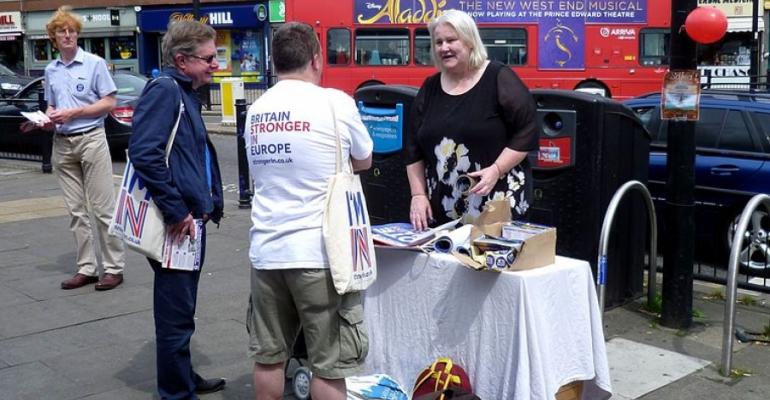 Investor concerns about Britain's potential exit from the European Union have been the main reason for cruise stocks underperforming since late May, in the view of Wells Fargo Securities, which cited China pricing and softer North American consumer demand for Europe cruises as other factors.

Since May 25, Carnival Corp. and Royal Caribbean stocks have declined 3.7%, and Norwegian Cruise Line Holdings 6.8%, according to Wells Fargo. Only RCL shares are down less than the S&P 500. Collectively, the cruise stocks are 4.7% lower, compared to the S&P 500 decline of 3.8%.

In a note, the brokerage said cruise shares stand to gain if UK voters opt to continue EU membership.

But should Britain leave the EU, multiple trade agreements are at stake, along with trade and economic growth and related fiscal implications.

The brokerage's currency exchange researchers found concerns related to Brexit began impacting the pound sterling/dollar rate in December, with the rate since then moving between 1.38 and 1.53, following the public opinion polls. The researchers currently forecast a 1.35 to 1.40 rate under an exit scenario and a 1.45 to 1.50 range should the UK remain in the EU.

Wells Fargo said the pound/dollar rate peaked at 1.47 on May 25 when polls indicated voters leaning toward 'stay,' then declined to 1.436 on June 17 and now approximates the midpoint of the 1.35 to 1.50 range estimate, reflecting current 'toss-up' polling.