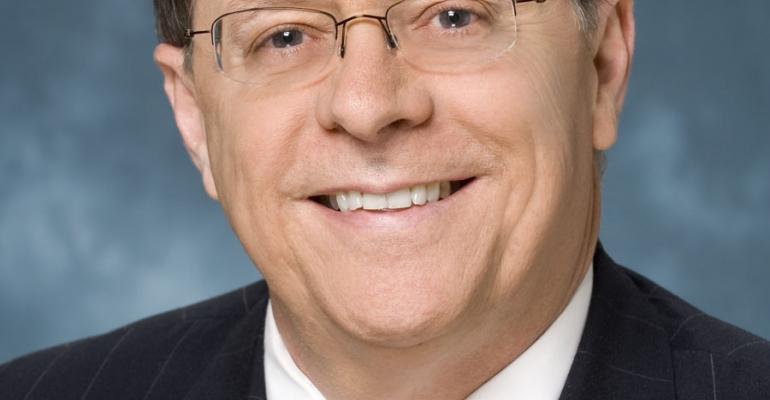 Having now spent a couple of months in Shanghai following his deployment to China to closely oversee the company’s growing operations there and to lead its strategic initiatives, Carnival’s corporate chief operations officer, Alan Buckelew, talked to Seatrade Insider about the importance of China.

‘China is the focus of a lot of business today and there is constant scrutiny on if it will maintain its growth trajectory,’ Buckelew said, during a recent visit to Singapore.

‘Given how its middle class is expanding exponentially, at some point,  this is going to be the richest country in the world. It already has the largest travel market in the world, as visas are getting easier to obtain. The Chinese also spend more than anyone else!’ he said.

Buckelew is clearly bullish on China and eventually expects Carnival to have an entire team in Shanghai.

Commenting on the recent memorandum of understanding Carnival Corp. & plc signed with the China State Shipbuilding Corp, he said ‘we want to move expeditiously and want to do it well’.

He added that the more thoroughly the agreement is thought out, the less likely there will be bumps on the road. Their first conversation was for a 50-year agreement, he reveals.

The MOU outlines the framework for exploring a partnership that includes the possibility of forming a shipbuilding joint venture that could become a three-way arrangement involving Italy's Fincantieri.

Buckelew said the MOU would bring design and other relevant expertise to projects.

‘Depending on the outcome of the discussions currently taking place, in ten years Carnival could own and operate five ships built in China,’ he remarked, whilst stressing talks are ongoing and nothing is firm.

Buckelew said it is inconceivable that there will not be Chinese cruise companies. ‘They already have an established shipbuilding industry and eventually China will want to have new ships. The Chinese are sophisticated and less interested in older, less contemporary vessels. It is going to be inevitable, and we want to be a part of it strategically in every aspect.’

With regard to port development he said, ‘as we expand the number of ships serving the China market, we need to anticipate when we could run into bottle-necks and we are monitoring development and volumes closely.’

Carnival intends approaching communities to explain the economic impact of adding berths or building terminals at the opportune time.

In addition to his role in China, Buckelew has oversight of Carnival Asia, with responsibility for coordinating all brand and related activities in that part of the world.

On developments in SE Asia, Buckelew called Singapore ‘very critical’ to Carnival, ‘as it is one of the most developed markets with access, infrastructure and is a regional cruise hub and a year-round destination,’ he commented.

He explained that it is a challenge to operate ships year-round in China. ‘As the market there expands, seasonal volumes in Southeast Asia should increase.’

He said Carnival wants to source ‘a lot of passengers’ from India for fly-cruises out of Singapore. ‘As there is no easy way to do homeporting in India it has to be developed as a fly-cruise market.’

Buckelew said Princess Cruises and Costa Cruises are both targetting 10% Indian passengers on ships out of Singapore.