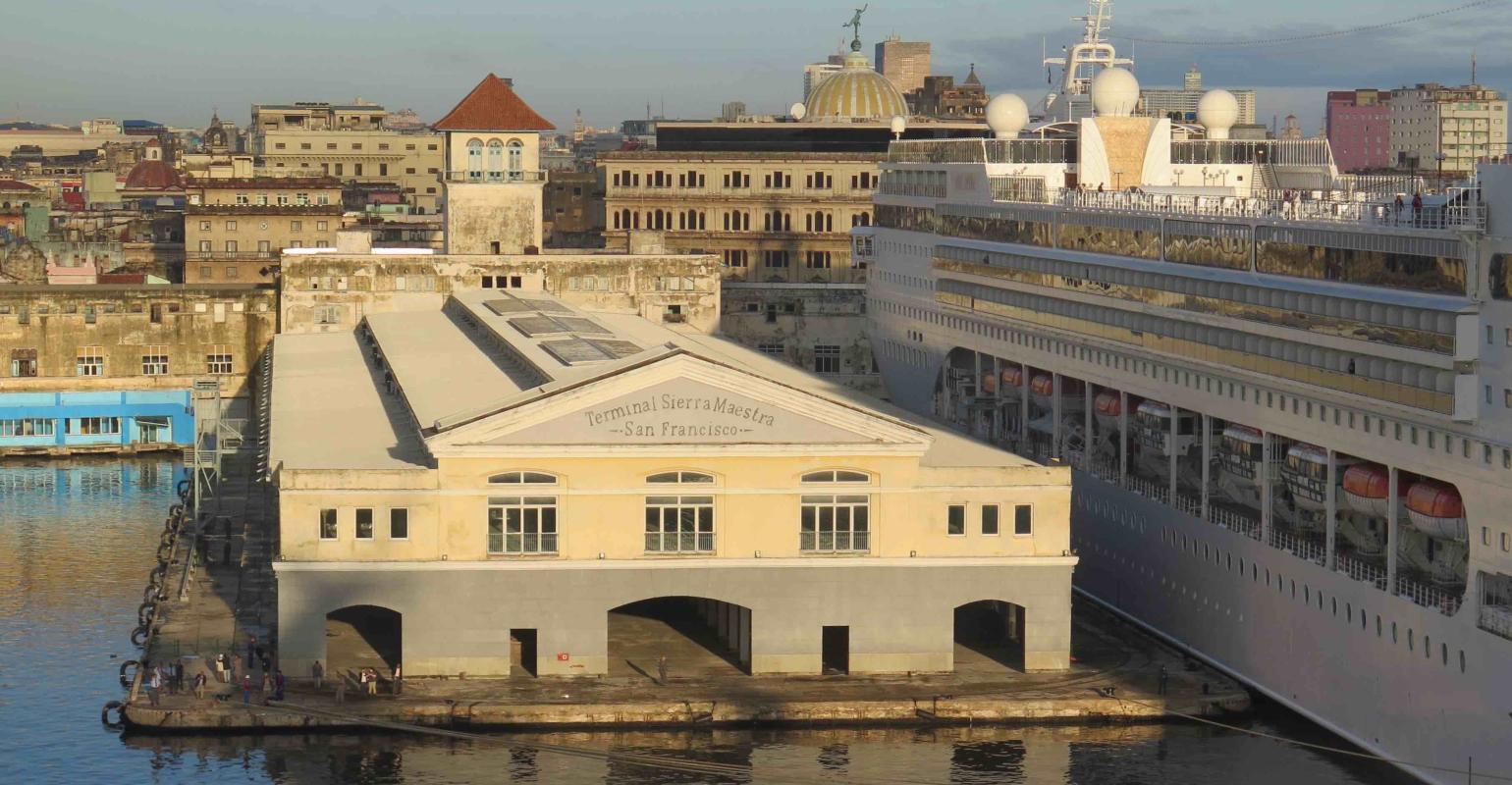 Carnival Corp. is being sued under Title III of the Helms-Burton Act for allegedly trafficking in stolen Cuban property — cruise facilities at Santiago and at Havana, pictured here PHOTO: Anne Kalosh
Carnival Corp., the first US-based company sued by Americans whose properties in Cuba were seized after the revolution, has asked a federal court in Miami to dismiss the claim of a man who said he owns Santiago de Cuba cruise facilities.

Florida businessman Javier Garcia-Bengochea said he holds an 82.5% interest in waterfront property in Santiago. He sued Carnival on the first day that Title III of the Helms-Burton Act became operative in May following a Trump administration policy change.

Arguments for motion to dismiss

Carnival's attorneys asked the judge to dismiss the suit, arguing that the cruise operator did not 'traffic' the property, whose use was incidental to travel legally authorized by the US Office of Foreign Assets Control, and because, they said, the plaintiff hasn't adequately established claim to the property, which he is said to have inherited.

Carnival further argued that being an individual shareholder in the Cuban corporation which owned the docks that were subsequently nationalized does not entitle the shareholder to assert a claim on behalf of the company. In any case, the company was Cuban, not US, and Helms-Burton applies to claims by US nationals.

The case is being heard by Judge James Lawrence King.

The full 100-page court transcript of the first motion to dismiss for a Helms-Burton Act lawsuit is here, provided courtesy of the New York-based US-Cuba Trade and Economic Council. Council President John Kavulich noted the words of the judge, plaintiff and defendant are instructive as to how Title III lawsuits may be shaped and decided.

Carnival is also being sued under Title III by US citizen Mickael Behn, who claims ownership of the Havana cruise terminal.