Carnival group drydock days shoot up in 2015 on retrofits 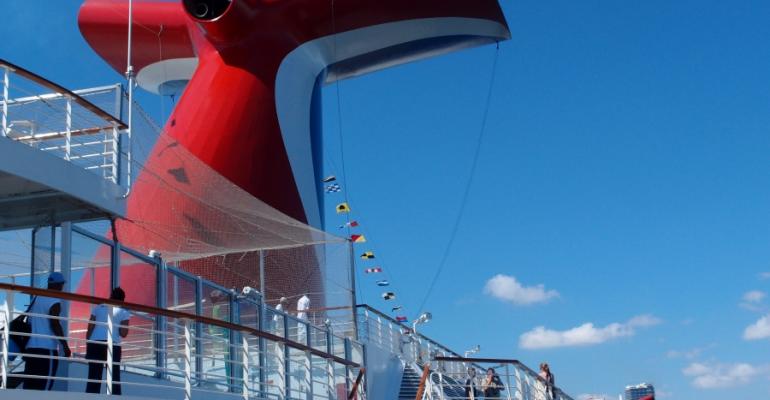 Number of ships getting scrubbers, new fuel efficiency technology and extra safety features will peak in 2015

The safety enhancements, which address issues that became apparent during the Carnival Triumph fire and power loss, include items like the installation of additional emergency generators to ensure the ability to provide more passenger services in the event of a blackout.

Carnival ceo Arnold Donald said the retrofitting of scrubbers, or exhaust gas cleaning systems, as well as fuel-saving technologies, would peak in 2015. A lot of that work will be done by 2016, and Carnival should be 'pretty much done with that completely by 2017,' Donald told analysts during Friday's earnings call. He added there will be a 'major tailwind' for 2016 from the reduced number of drydock days compared to 2015.

While the Carnival group would return to a more typical annual average of 400 to 450 drydock days, it's possible other enhancements related to driving revenue could arise, Donald added. Directionally, though, there should be fewer drydock days after next year.

Installing sulfur oxide-reducing scrubbers will cut the impact of stricter Emissions Control Area standards in 2015 by mitigating higher costs for low sulfur fuel that would be required if not for the scrubbers.

Most of 2015's 3% cost hike will be reversed in 2016, Carnival cfo David Bernstein said, adding that about one point of the increase is driven by higher advertising costs, including the Carnival group's first Super Bowl commercial, and product enhancements.

Carnival anticipates the new ECA regulations will result in higher fuel costs in 2015 of approximately 10 cents per share, down from 35 cents without mitigation efforts.