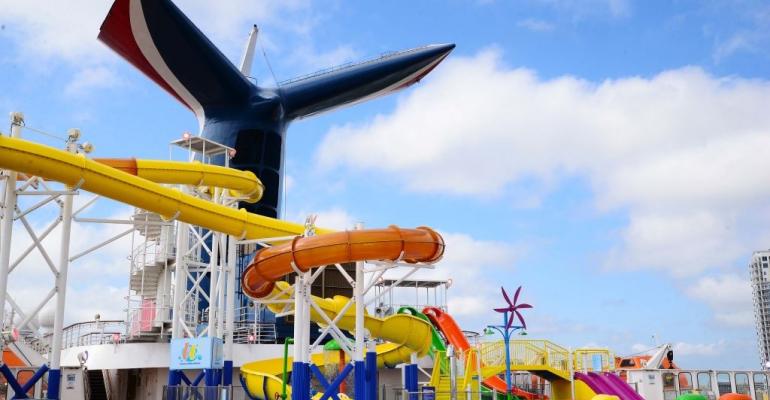 New food offerings include Guy’s Burger Joint, developed in partnership with Food Network personality Guy Fieri, and BlueIguana Cantina for freshly made burritos and tacos on homemade tortillas, as well as an elaborate toppings and salsa bar. Both spots are poolside and free of charge.

Plus, Carnival Paradise added Camp Ocean, a colorful, marine-inspired play area for kids ages 2-11 that showcases the wonders of the sea through more than 200 ocean-themed activities and science-oriented programming.

Circle 'C,' for the 12- to 14-year-old set, provides a colorful space to chill and connect with dance parties, video games and more.

A nine-hole miniature golf course was relocated to Deck 14, providing a relaxing family pastime in the fresh sea air.

The ship’s retail shops were reimagined with a new design and enhanced product offerings with multiple brand boutiques, including Pandora and Guess. The Cherry on Top sweets shop was added, while the print photo gallery was replaced with a digital Pixels-branded platform that allows passengers to identify and purchase images via their smartphones or at a nearby kiosk.