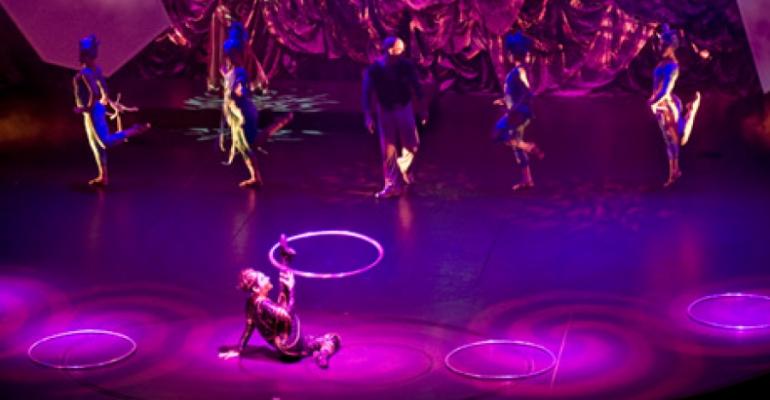 Celebrity Cruises is unveiling 18 shows in 18 months—all produced in partnership with masterminds behind some of today's biggest recording artists and awarding-winning theatrical and television productions.

Shows include 'Elyria,' an energetic, late-night production that transports the audience to a witty, mischievous, dreamlike world. The new production will launch on board Celebrity Constellation in April. 'iMagic,' available on Celebrity Summit, features illusions and uses technology such as holograms, lasers and iPads to tell the story.

To produce the shows, Celebrity collaborated with luminaries like William Baker, who has created and directed global tours and music videos for some of the biggest names in popular music, and Steve Anderson, a musical director, producer and writer for world-renowned artists.

'We are continuing to raise the bar by unveiling an array of shows that vary from groundbreaking and contemporary to magnificent and beautiful—all with lighthearted and humorous story lines, popular music and unique choreography,' said Celebrity's Becky Thomson-Foley, director of entertainment.

In addition to the 18 shows, Celebrity will offer up to 10 entertainment experiences on every ship. 'Side Show' is an interactive and vintage circus theme party. 'Reigning Rocks' will blend the elegance of royalty with the glam of Brit Pop, and 'Night of the Dragon' will feature the delicate beauty of Asian culture mixed with pop music.

All entertainment is created and honed at The Studio, Celebrity's production headquarters inside a newly built, 130,000-square-foot facility in a partnership between Florida International University and Royal Caribbean Cruises Ltd.

Located on the FIU Biscayne Bay campus, the production and rehearsal facility can accommodate more than 460 cast members at a time. It officially opened March 20.