Celebrity’s 2016-17 itineraries now on sale Down Under 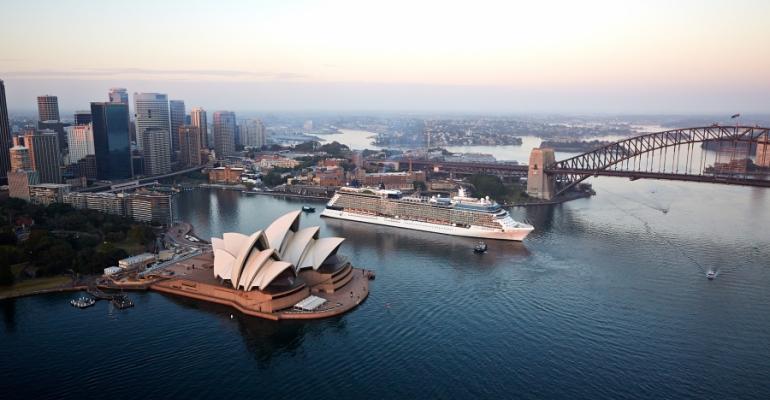 After Celebrity Cruises gave its Captain’s Club members first opportunity to book 2016-17 itineraries that were released six months ahead of schedule, they have now gone on sale in Australasia where the 2,850-passenger Celebrity Solstice will be making her fifth Down Under season.
Celebrity operated two seasons in Australasia with Celebrity Mercury in 2007-08 and Celebrity Millennium in 2008-09.
The company decided to return to the region with the 1,800-passenger Celebrity Century from November 2011 until March 2012.
In the 2012-13 Australian summer Celebrity Century was replaced by Celebrity Solstice.
Celebrity Century returned to Sydney on October 10 this year to join Celebrity Solstice for the 2014-15 season. Century sails from Sydney on January 11, 2015, for Singapore and will leave the fleet in April to join new owner Ctrip.
In the 2015-16 season Celebrity Solstice will be joined by Celebrity Millennium at the end of Millennium’s fourth consecutive Asia season.
The 2016-17 season will be operated solely by Solstice which departs Honolulu on an 18-night repositioning cruise to Sydney via French Polynesia and New Zealand on September 19, 2016.
She will make the return 18-night voyage from Sydney to Honolulu on April 20, 2017.
Highlights of the programme include a maiden call at Picton and overnight stops in Tauranga to allow plenty of time for tours to the Hobbiton movie set of Sir Peter Jackson’s films 'The Lord of the Rings' and 'The Hobbit.'
There are also overnights in Cairns, gateway to the Great Barrier Reef and Daintree Rainforest.
On February 17, 2017, the ship will call at Napier to coincide with the annual Art Deco Festival which attracts tourists from around the world.
On October 8, 2016, she will make a 14-night cruise from Sydney to Singapore, calling at Brisbane, Whitsundays, Cairns, Darwin and Bali, followed by the return to Sydney in the reverse direction.
Savings of up to A$1,000 per passenger are available for select sailings if booked by July 31, 2015.
Copyright © 2023. All rights reserved. Seatrade, a trading name of Informa Markets (UK) Limited.
TAGS: ports & destinations cruise lines ships
0 comments
Hide comments
Related