Conroy: Cuba 'a real opportunity' and 'so misunderstood' 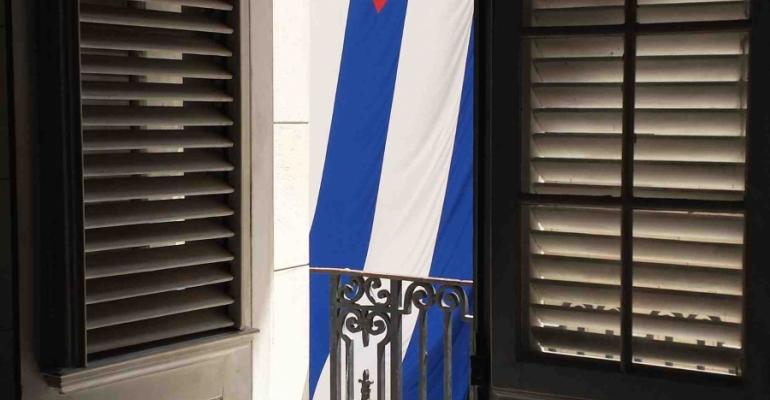 US-Cuba leaders' historic meeting opens doors, but end to trade embargo may not be any closer

April 14 update: President Obama endorses removing Cuba from list of states that sponsor terrorism. With US and Cuban leaders meeting over the weekend for the first time in more than half a century, the cruise industry's hopes got another boost that the trade embargo may be closer to ending, allowing US lines to call.

Veteran senior cruise executive Mark Conroy, who recently visited Cuba, calls the island a 'fascinating destination,' a 'real opportunity from the shipping and cruise side' and 'so misunderstood.'

Conroy said the historic meeting of President Obama and President Raúl Castro of Cuba was symbolically important and probably will help US relations with the other nations in Central and South America. Removing Cuba from a list of state sponsors of terrorism would open the door for establishing full diplomatic relations.

All these things may lead to the lifting of the embargo, but Conroy noted only Congress can do that—and he doesn't see it happening soon.

That said, he thinks the recent moves make travel to Cuba easier—if not for cruise ships, yet.

Conroy noted every ship that sails from South Florida to the eastern or western Caribbean has to go around Cuba, so if it were to open, every seven-day itinerary could add a call in lieu of the current sea day.

'It's the last socialist dictatorship and they're so entrepreneurial,' Conroy marveled. 'Everyone has to hustle to make a living. They're very industrious people.'

For example, since the government eased restrictions to allow privately owned restaurants, a true farm to table system has developed, with 'amazing quality food.' The mostly family-run paladares provide fresh, traditional fare that tourists can enjoy.

Conroy visited Cuba in October as part of a people-to-people exchange arranged by David Morris International, a travel marketing firm where his wife, Marilyn Conroy, is evp. DMI operates Cuba programs that focus on culture, the arts, important festivals and special interest topics.

Participants dine at paladares and can visit farms that supply them, maybe also taking a horseback ride.

Conroy said it's also a misconception that Cuba lacks good hotels; there are many in Havana.

He thinks the island has much to offer now.

From a cruise standpoint, Havana's harbor has a draft restriction of seven or eight meters, but 'it's a big country' and there are six or seven other ports that could take ships, he said.

However promising the Obama administration's moves may be, Conroy remains skeptical the embargo will be lifted any time soon. And if a Republican is elected president in 2016, things 'may go backwards.'