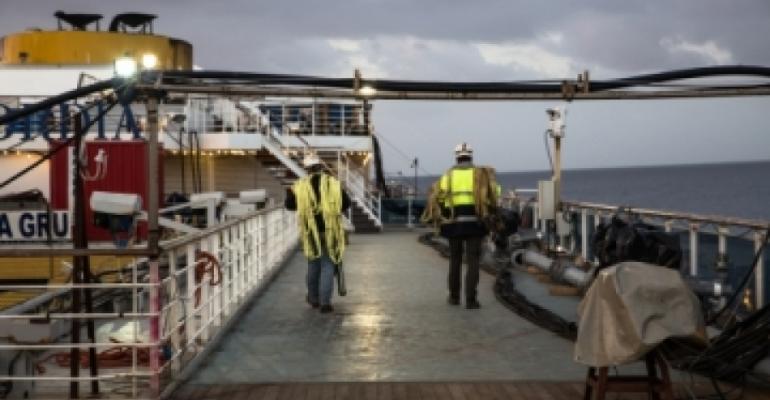 Workers were back on the wreck Monday, two days after a diving fatality. But sections are closed off for the accident investigation

With the incident under investigation by local authorities, the area where Moreno was fatally injured and other parts of the site have been sealed off.

According to The Parbuckling Project, those include a three-meter-wide section of the hull at a depth of eight meters, corresponding to Deck 4 on the starboard side, where Moreno was working.

Also sealed off are the diving station, crane and diving operations control room of the vessel Vincenzo Cosentino. In addition, the removal of structural parts from the wreck has been suspended.

Monday's diving operations focused on water sampling, the clearing of debris from portside sponsons and preparation of the supports needed for the installation of two of the 15 starboard sponsons.

As well, the installation of the electrical-pneumatic systems to control the sponsons during the refloating is in progress on board the wreck.