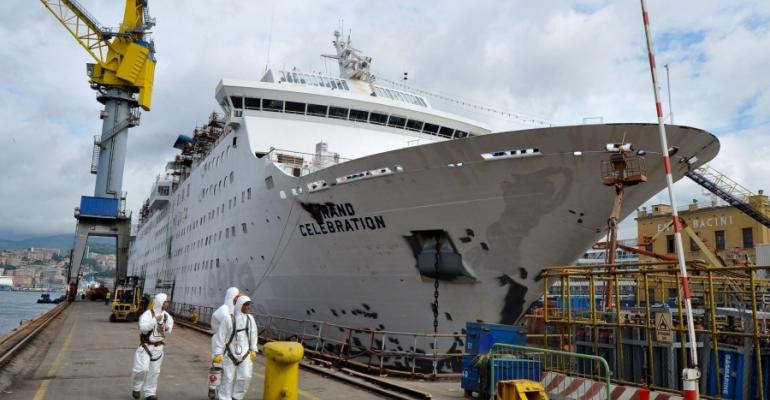 Update: During Carnival's earnings call Tuesday, ceo Arnold Donald confirmed Grand Holiday will be leaving the fleet later this year as the company continues disposing of older ships. Carnival Corp. & plc's Spanish brand, Iberocruceros, is being integrated into Costa Cruises, which said it aims to accelerate growth in the Spanish market through increased investment. The news slipped out when Costa ceo Michael Thamm addressed travel agents during the company's annual Champions of the Sea cruise last month but has received little international attention.

Iberocruceros now fields two ships, down from three in 2013, and Grand Celebration, which recently completed a €4.5m refurbishment, will transfer to the Costa fleet by year's end. Meanwhile, before becoming Costa Celebration, it will operate its scheduled Mediterranean program for Ibero. There's a plan for the other ship, Grand Holiday, but it hasn't been announced yet, a Costa spokesman said.

A source with knowledge of the companies told Seatrade Insider Iberocruceros has been a drag on Costa's performance. It will be more cost-effective to integrate operations while continuing to cultivate the Spanish market through the Costa brand.

The spokesman said Costa will tailor products to Spanish customers. He noted newbuild Costa Diadema will homeport in Barcelona year-round beginning in November, and said Costa will continue to increase calls in Spanish ports, with 6% more visits this year than in 2013. He further pointed to Carnival Corp. & plc's investment of more than €20m at the Port of Barcelona to build the new Terminal E and expand Terminal D, Palacruceros.

Iberocruceros grew out of Iberojet Cruceros, which Costa acquired, initially in a joint venture deal, in 2007. The Iberojet cruise business going into the j/v was valued at €320m, with €180m in debt, representing a net capital value of €140m. Costa owned 75% and Spanish tour operator Orizonia Corp. the balance. Costa bought out Orizonia in 2009.

While Spain was once one of the world's fastest growing cruise markets, clipping along at double-digit annual increases, that changed when the economy went sour, unemployment soared and the government tightened austerity measures.

In the first quarter of 2013, Carnival took a $173m non-cash write-down for Iberocruceros goodwill and trademark assets, and then-vice chairman Howard Frank said Costa was changing Ibero sourcing strategies to try to get more business from beyond Spain.

Royal Caribbean's Spanish operation, Pullmantur, has been doing the same and now gets the bulk of its customers in Latin America, where it is establishing a headquarters. Recently Pullmantur sold a majority stake in its non-cruise businesses and brought in a new ceo who is a veteran of South America's airline industry. In the fourth quarter of 2012, Royal Caribbean had taken a $413.9m impairment charge for Pullmantur.