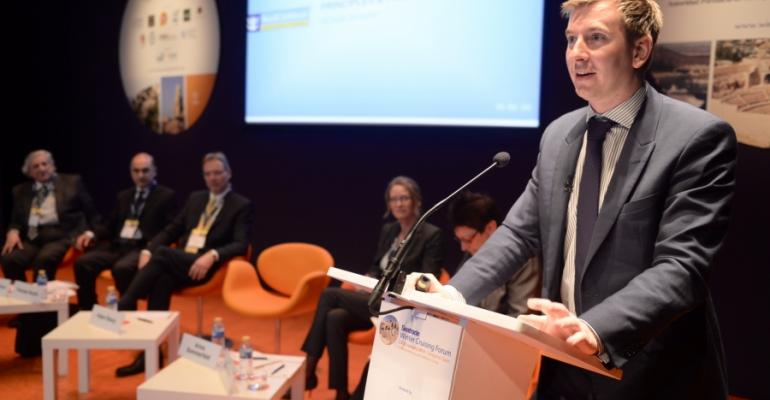 Although not a year-round operator in the European market at the moment, Royal Caribbean has looked at costs. For strictly in-port costs, the Middle East makes most economical sense to the line, according to Adam Sharp, manager of port operations and guest services – UK, Northern Europe and Middle East, RCL Cruises.

Sharp said in-port costs in the Middle East for a weekly itinerary are around $155,000 including head tax, whereas in the Mediterranean with a turnaround at Civitececchia (Rome), those would be approximately $230,000. For comparison, Caribbean costs are around $169,000.

Royal Caribbean has recently considered whether the Mediterranean would be suitable for winter programmes, but the line currently sees favourable winter returns in the Middle East. The Med came out as the least profitable in the internal study.

One factor that could benefit the Mediterranean and wider Europe in the coming years is ship design, since the Quantum-class vessels have more attractions indoors, under cover and away from the elements.

For TUI Cruises, as the size of its fleet grows, the prospect of a winter itinerary in the Med becomes more and more likely, according to Thomas Rucht, head of port operations.

Itineraries in the Canary Islands are a must for German and British passengers, Rucht said. TUI’s other offerings are in the Caribbean, Middle East out of Dubai, and Singapore.

Deploying a vessel in the Mediterranean in the winter would mean having to overcome ingrained notions.

'Germans are educated to have a very strict picture of the Mediterranean: sunshine, beach, watersports and things like that,' Rucht said. 'We have a Baltic coast and a North Sea coast, but we do not have the sunshine guarantee so a lot of families prefer to go to the Med, so Med equals sunshine.'

However, with a growing fleet, TUI Cruises needs to think very seriously about deploying to the Mediterranean, he added. What is very popular in Germany in the meantime is city trips for long weekends, so passengers perhaps would be interested in visiting these places in the off-peak season.

For Alessandro Pino, planning and operations manager at V.Ships, good weather, and the distance to the good weather, are significant drivers of itineraries.

In the summer season, Pino said, the proximity of good weather to the northern European source markets draws ships closer to their passengers, with many sailing around northern Europe and the Mediterranean. In the winter, different patterns are needed to attract passengers such as moving to warmer climes, or offering world cruises.

Using AIDA Cruises as an example, PIno showed how the distance of German homeports, far from good weather, pushes AIDA to operate fly-cruises during the winter months.

As well as ensuring that monuments and venues are open to passengers and that relevant licenses and insurance are in place, tour operators also need to ensure they have the correct staffing levels, experience and quality of service to handle a ship’s needs.

For Iberoservice, that means maintaining a permanent staff of around 244, minimising the number of temporary or seasonal staff used during the busy period and, thus, maintaining knowledge and experience from one year to the next.