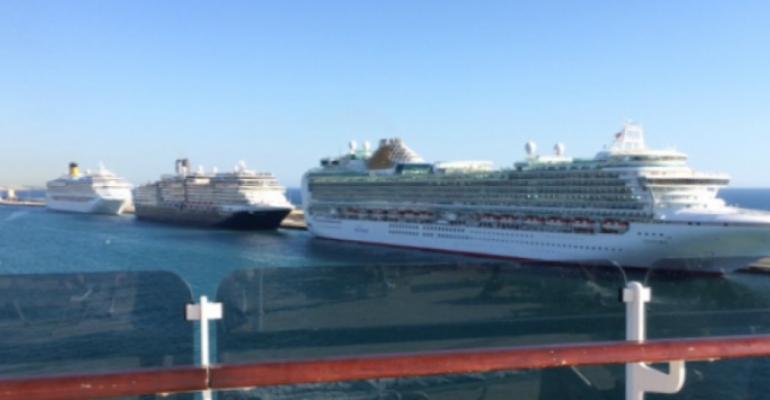 Italian ports are expected to welcome a record 11.73m passengers in 2016, an increase of 6.2% compared to 2015. Port calls are also anticipated to grow 5.5% to over 5,100 next year. The numbers, collected by Riposte Turismo, were announced today at the 5th Italian Cruise Day taking place in Civitavecchia.

For the first time, five ports in the same year will record one million passengers: Civitavecchia, Venice, Naples, Genoa and Savona.

The new data, branded as Italain Cruise Watch, has been collected from 31 Italian cruise ports representing 95% of the country's passenger tarffic and 87% of port calls.

The estimates are based on current bookings and could increase if additional calls, which are being finalised, are added. For example, La Spezia and Trieste have not yet confirmed full numbers for the year ahead.

Regarding port infrastructure, in the 2005-2015 period, the number of berths and tender anchorages has doubled and this trend is destined to grow in 2016, reports Riposte Turismo president, Francesco di Cesare.

In terms of investments, the report highlights 60% of ports intend to reserve even more money into cruise infrastructures.

By the end of 2015 Civitavecchia will be the leading Italian cruise port, followed by Venice and Livorno.

During this year, the cruise line visiting the most Italian ports (20) is Costa Crociere followed by Ponant and Thomson Cruises (19), Oceania Cruises (17) and SeaDream Yacht Club (16).

The report also collected information from Italian trvael agents on how the cruise market is performing this year and prediction for 2016: Around 76% of interviewees estimated stability or an increase in their business at the end of this year. In the 2016 predictions, this percentage reaches around 85%.

As in the previous editions of the report, the Italian Cruise Watch analysed the main factors behind the customer's choice for cruising.

According to the sample of travel agents interviewed, 'discounts/promotions/total cruise cost' (59.6%) was the top answer, followed by 'satisfied with past cruise' (58.7%) and 'new destinations/varied itinerary' (36.7%).

There is a growing trend in the past three years 2014-2016 of more cruise bookings from under-30 year old consumers, the agents confirmed.

According to research carried out on 40 cruise lines operating in Italy, 80% of these featured specific initiatives connected to food and wine (on-board ships and during excursions) and that wine-themed shorex is the most popular, followed by olive oil and sampling local produce.