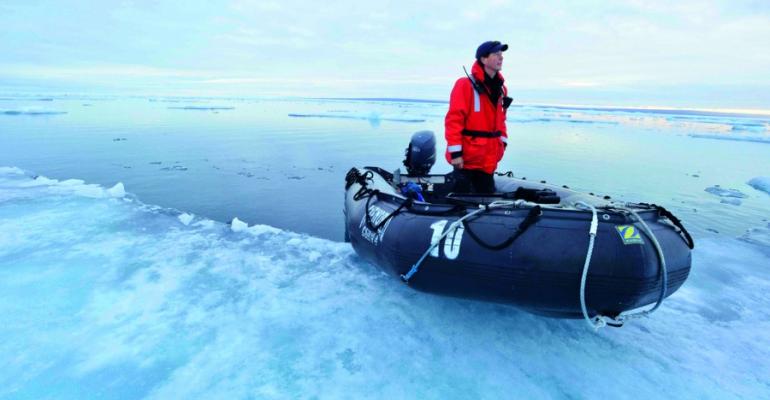 The news follows plans to reposition Crystal Serenity’s 2017 voyages during the spring and summer to Alaska and other destinations in the Americas, instead of going to Europe, as in most recent years.

'We are thrilled to offer intrepid luxury travelers a second opportunity to explore this historical sea passage,' Crystal ceo and president Edie Rodriguez said. 'Given the tremendous response to our inaugural Northwest Passage sailing in 2016, it’s clear that discerning travelers continue to value rare and memorable experiences as much as they prize unmatched luxury.'

This August Crystal will become the largest luxury cruise line to ever navigate the route, maneuvering through 900 miles of waterways lined with glaciers, towering fjords and vast, unspoiled landscapes north of mainland Canada.

In 2017, Crystal will again partner with Expedition Voyage Consulting by EYOS Expeditions, providers of bespoke expeditions to remote regions, for the planning of the itinerary’s shoreside adventures. Additionally, the line has gathered information and resources from field experts, including meeting with the Inuit elders of the Arctic, to create an expedition voyage that respects the local lands and cultures.

The first call in the Canadian Arctic is planned for the hamlet of Ulukhaktok, Northwest Territories, a settlement of a few hundred people on the shores of the Amundsen Gulf, 1,400 miles from the North Pole.