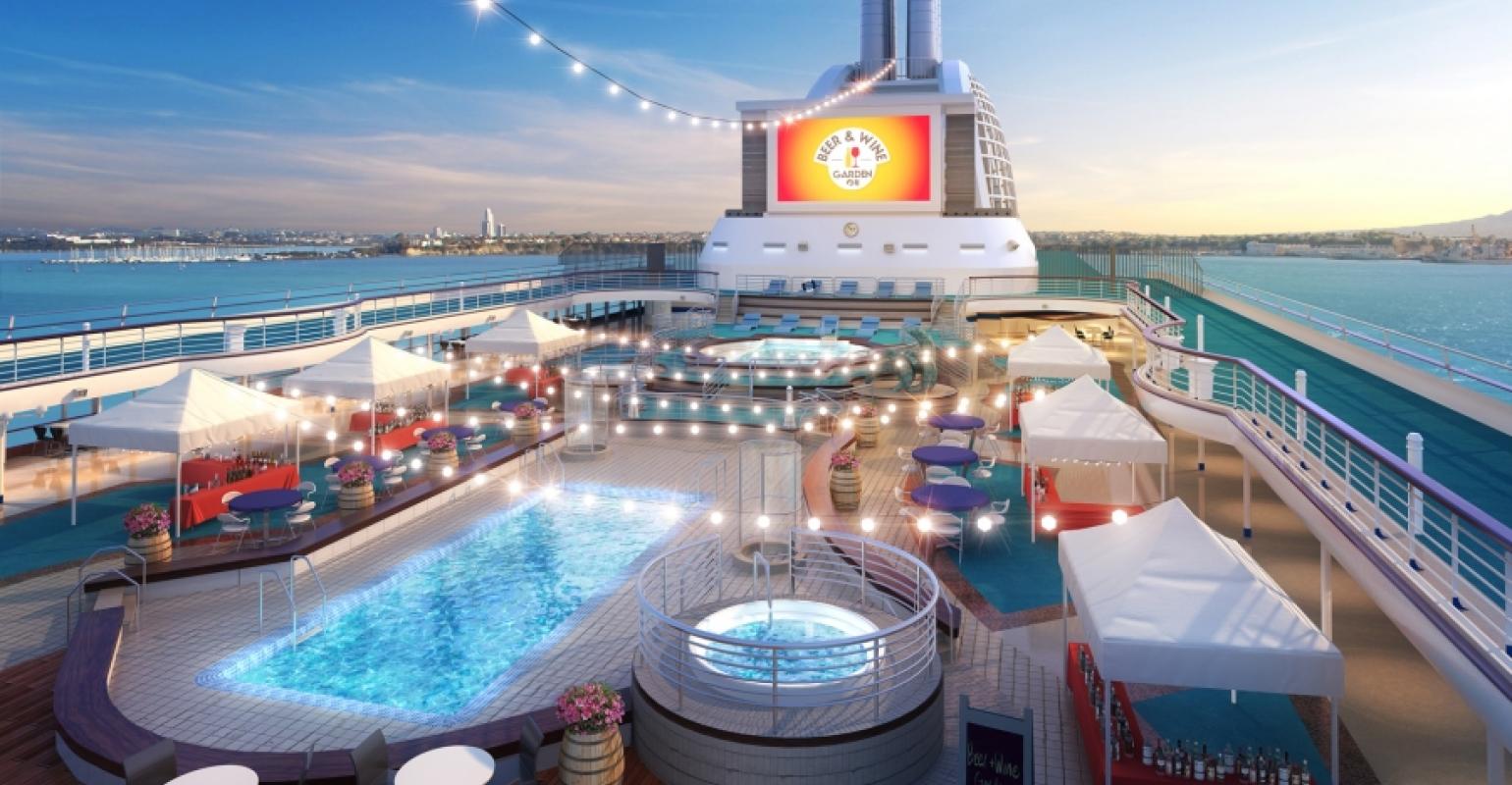 Dawn Princess goes local 'Down Under': Beer and wine festivals at sea

The 77,000gt Dawn Princess, which has been home-ported in Australia since October 2008, will become the first ship in Princess Cruises’ worldwide fleet to have beer and wine festivals at sea.

‘We are thrilled to be debuting this exciting Australian-first cruise product,’ Allison said.

He said the top deck of Dawn Princess will be transformed into a floating beer garden with music, lights and marquees showcasing regional beers and wines.

He said the beer garden/wine tasting concept, which will be held twice during every cruise of seven days or more, is just one initiative of a multi-million dollar refurbishment when Dawn Princess goes into drydock in Singapore May 11-24.

He said in line with the growing trend towards whisky appreciation across all generations, Dawn Princess will also emerge from drydock with a renovated Wheelhouse Bar offering 56 whiskies, including five domestic brands from Tasmania, Western Australia and Victoria.

Also, he said, in a nod to Australians love of good coffee, a new Italian cafe called Amuleto will be added to the Horizon Court Buffet, which will be known as the World Fresh Marketplace, offering a new range of cuisines from Princess Cruises’ destinations.

When Dawn Princess sails from Singapore on May 25 she will return to Fremantle where she is operating an extended season which runs until August.