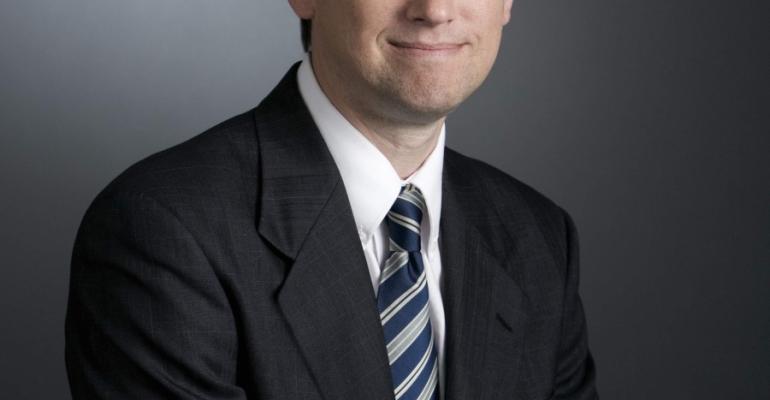 Thirty new ports and calls timed to a bevy of big events—from the World Cup in Russia to the Festa del Redentore in Venice—are the handiwork of Mike Pawlus, who crafted Azamara Club Cruises' 2018 itineraries. That's the year of the line's first world voyage, too, which hits 'all the iconic places,' as he put it.

Azamara touts longer stays, more overnights and night touring, with most every cruise featuring an included AzAmazing Evening. As director of strategic itinerary and destination planning, Pawlus has to 'make sure our brand promise is true.' He works closely with president and ceo Larry Pimentel, the driver of destination immersion.

Every itinerary is different for the two ships, and Pawlus said a great deal of thought goes into what the passengers are going to do in each destination. His work entails considering the opportunities for an included AzAmazing Evening and the line's 'Cruise Global, Eat Local' program.

Select any port and Azamara provides some curated suggestions, for example, slow food at Pet Bunara in Zadar, Croatia ('Try the squid with chick peas') or simple cuisine at the modern bistro The Pig's Ear in Dublin ('Try the slow-cooked Irish lamb belly').

When it comes to special events, Pawlus planned so Azamara Journey could be at St. Petersburg during two World Cup matches in July 2018. And, for the first time, both ships will be together at the Monaco Grand Prix in May that year, Azamara Quest on a four-night jaunt from Nice, and Azamara Journey as part of an eight-night cruise that also visits Cannes at the height of the Film Festival. Just before its short cruise, Azamara Quest has a 10-night voyage that takes in Monaco's Classic (Historic) Grand Prix.

Pawlus also secured a spot for Azamara Quest in Venice over two nights during the July 2018 Festa del Redentore (Feast of the Redeemer), when St. Mark's Basin fills with boats at sunset, and barges form a bridge to the Church of the Redeemer island. Late that night fireworks light up the sky.

Since each itinerary is different, in many cases two, three or sometimes more voyages can be combined without repeating ports.

Pawlus relished planning the 102-night world cruise that starts at Sydney and ends in London, where Azamara Journey berths at Tower Bridge. The voyage is available in eight segments, including the Cannes Film Festival and Monaco Grand Prix cruise. The full trip has 61 ports, 14 overnight stays and eight AzAmazing Evenings.

'It's got everything,' Pawlus said, rattling off bucket list sights like the Sydney Opera House, the Great Barrier Reef, Singapore, Bangkok, Myanmar, Dubai, the Taj Mahal, Egypt, Israel, the Greek Isles, the Colosseum of Rome, the Normandy beaches and more.

To plan that he worked with Signe Bjørndal, director of marketing. Both have lots of world cruises under their belts.

Besides planning itineraries, Pawlus is responsible for changes in case of issues like bad weather. He stays in close contact with the captains.

'It's a shame,' Pawlus said. 'I feel very comfortable going to Turkey with the ship. I was just there.' Azamara is keeping a couple Kusadasi calls, and Istanbul remains in the charts for 2017 and 2018, pending developments.

The Black Sea is off-limits for now—another shame, as Pawlus sees it.

Recently there have been inquiries about the Zika virus, but not so many passengers are in the serious risk group (pregnant women).

A seasoned itinerary expert who's traveled to more than 450 ports in 75 countries, Pawlus joined Azamara last summer from Silversea Cruises, where he handled an eight-ship fleet that went to more than 850 ports.

It must have been an adjustment to go to two ships. But Pawlus said Azamara's destination immersion focus is different, and its itineraries don't repeat.

'I love it here,' Pawlus said, adding that he's known Chris Allen and Marc Miller (director, deployment and itinerary planning) for a long time. 'They're great,' he said. 'I love working with Larry; he's so knowledgeable. And Francisco, Signe and Ellen Bettridge (vp sales and marketing)—it's a great team.'