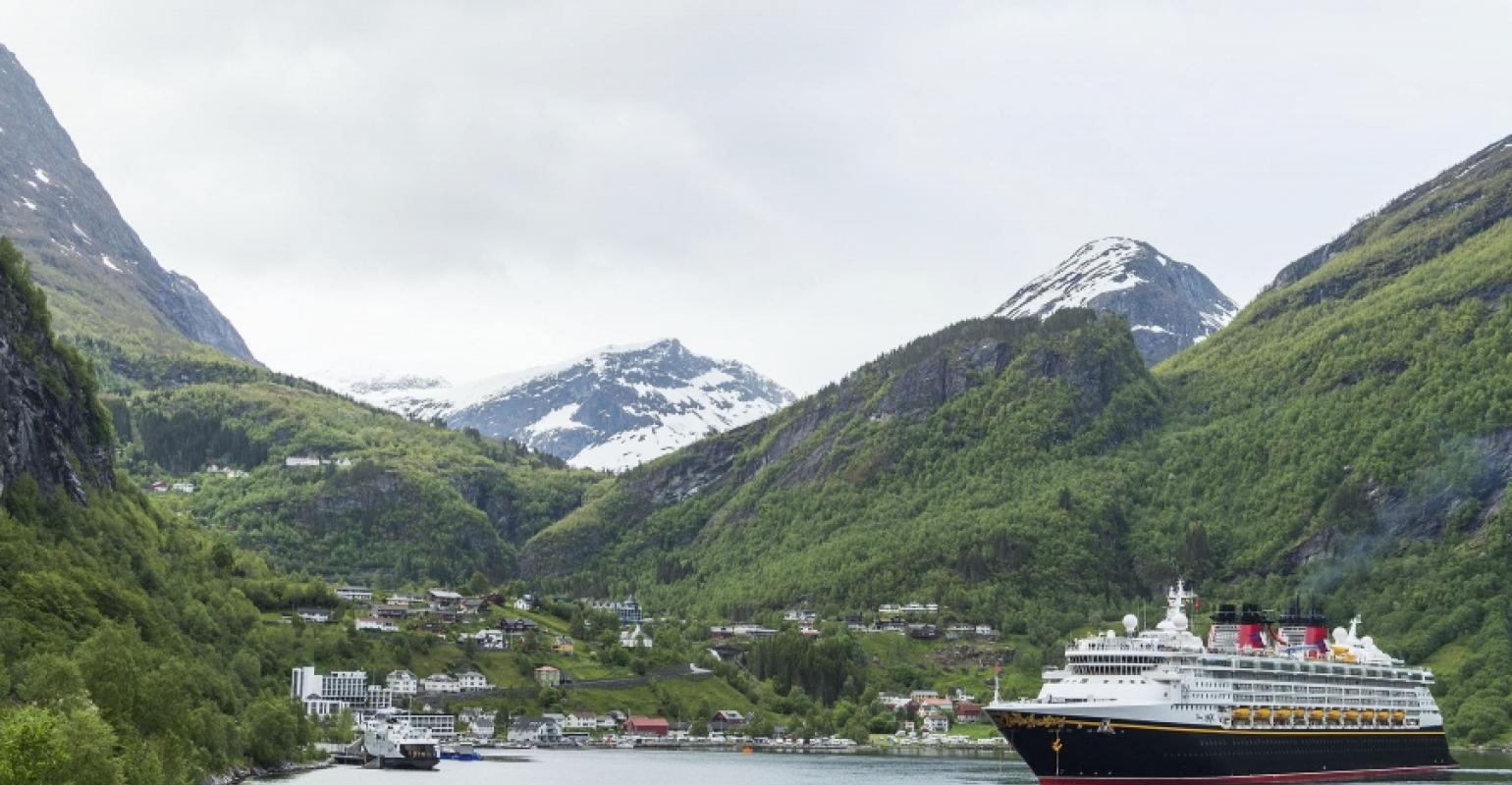 Disney Magic on Wednesday arrived at Geiranger, Norway, 'for the first time in forever,' sailing into the fjord that inspired the fairytale kingdom of Arendelle in the animated hit 'Frozen.'

The Disney Cruise Line ship called at Geiranger as part of the inaugural Norwegian Fjords itinerary that kicks off the 2015 European season.

Disney will return to Norway in summer 2016.