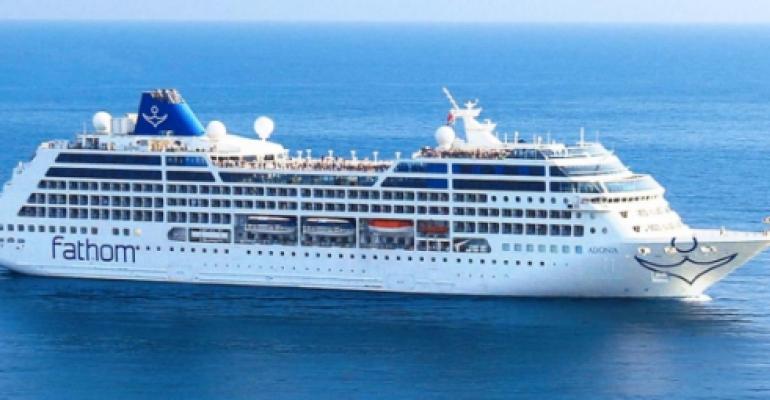 Adonia is missing one port in Cuba this week

Fathom's Adonia will miss its call in Cienfuegos on the current Cuba cruise following a delayed departure from PortMiami due to an electrical issue.

News outlets in Miami reported the ship experienced a brief power loss on Sunday evening shortly after sailing. The ship returned to port for an evaluation, then departed at 3 a.m., according to Channel 10.

This delayed Adonia's arrival to Havana by a day. The ship docked at 7:30 a.m. Tuesday, and will depart at 6 p.m. Wednesday, Fathom said in a statement. After bypassing Cienfuegos, Adonia will visit Santiago de Cuba, as scheduled.

Carnival Corp. & plc chairman Micky Arison is aboard the ship, and this morning he tweeted 'What an amazing and surreal feeling to sail in to Havana this morning as the sun came up.'