FCCA wraps its largest gathering ever 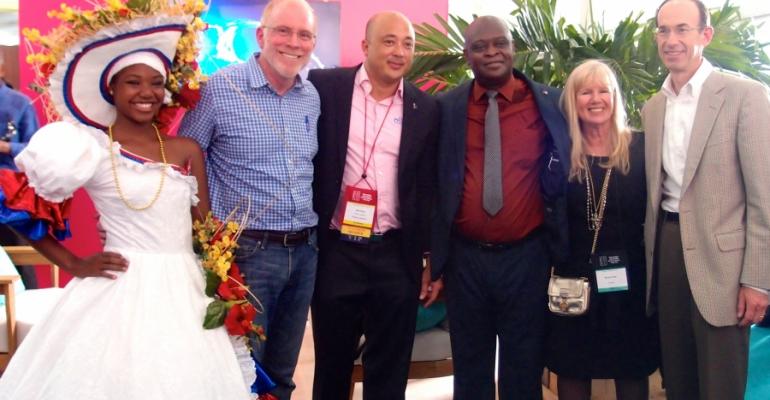 The Florida-Caribbean Cruise Association's conference and trade show in St. Maarten was its largest and most successful in the event's 21-year history, the organizers said.

More than 1,200 cruise tourism stakeholders, including more than 70 cruise line executives, gathered in a large, purpose-built facility at the Port of St. Maarten for four days of business sessions, networking and the largest trade show FCCA has ever organized.

At one point they even danced to steel drum music with Trinidad & Tobago Tourism Minister Gerald Hadeed.

Twenty-two tourism ministers and commissioners from across the Caribbean were present, according to Paige. Honduras Vice President Ricardo Alvarez was on the trade show floor, and Eugene Holiday, the first governor of St. Maarten, attended the conference opening session where the keynote address was delivered by Adam Goldstein, president and COO of Royal Caribbean Cruises Ltd.

Prominent at the event were Theo Heyliger, who on Friday was sworn in among 15 new St. Maarten Members of Parliament, and Mark Mingo, ceo of the St. Maarten Harbour Group of Companies, who was credited with drawing the FCCA event to Philipsburg for a second time. St. Maarten first hosted the conference in 2003.

The 2015 FCCA conference is scheduled to be held in Cozumel.