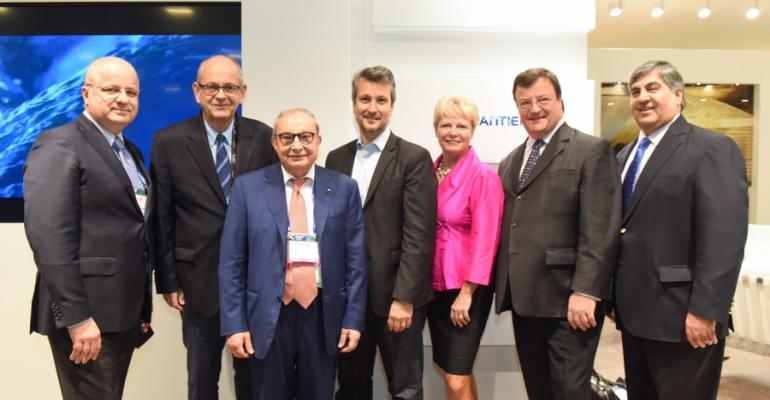 Each approximately 10,000gt ship is 128 meters long and 18 meters at the beam. The deliveries are scheduled from summer 2018 to summer 2019. The parties aim to enter into contracts in the second quarter this year.

The news was announced by Fincantieri at Seatrade Cruise Global on Tuesday.

'The agreement announced today is of the utmost importance for the entire Fincantieri group,' ceo Giuseppe Bono said. 'Our shipyards dedicated to the construction of cruise ships, in fact, would not have been able to accept these new vessels for several years, given the current workload. Thanks to the synergies developed with Vard we have been, instead, able to meet the needs of Ponant, with which we have a longstanding partnership.'

The dramatic capacity growth for Ponant comes under its new ownership by Artemis, the holding company of the billionaire Pinault family.