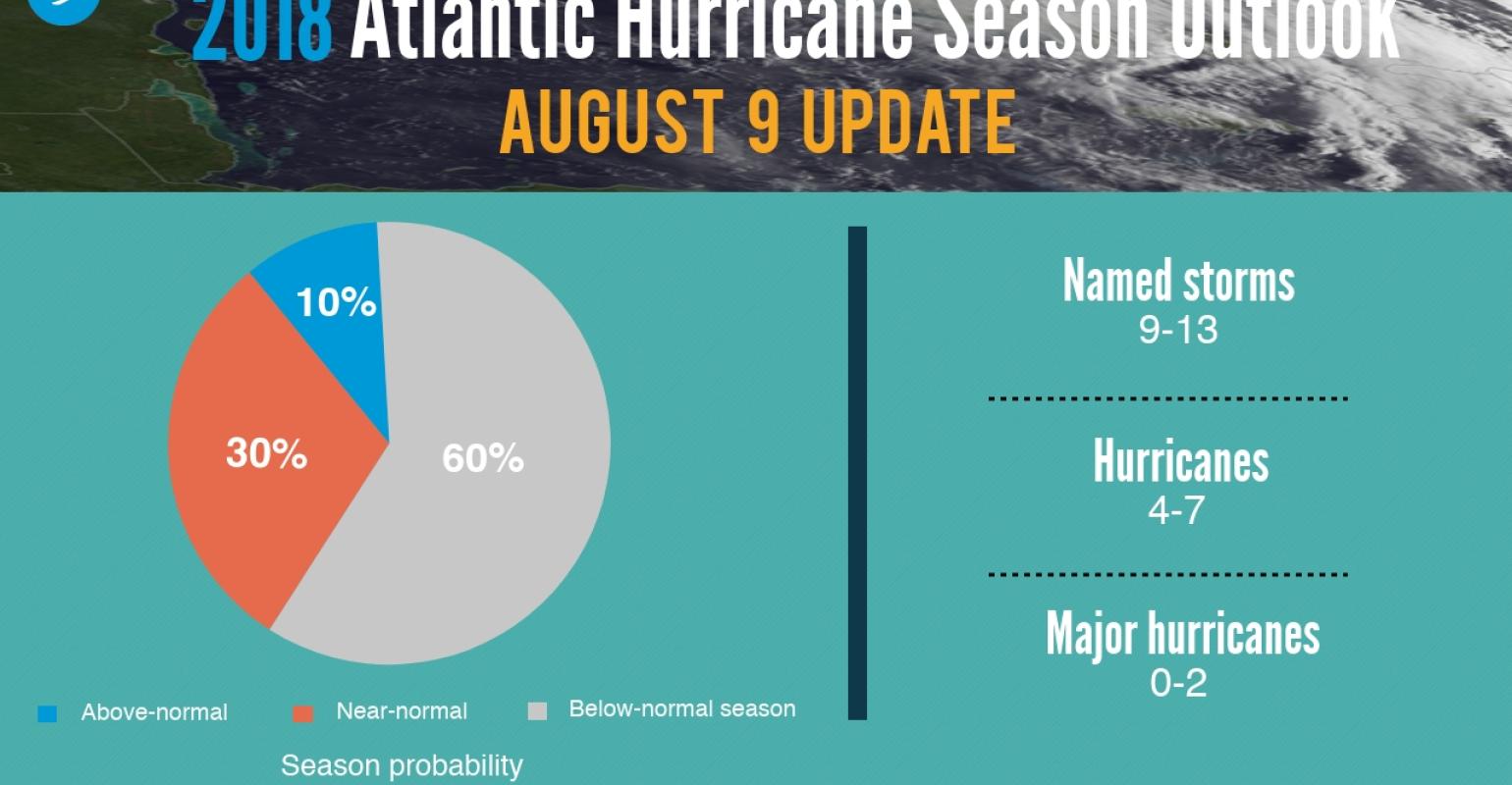 Conditions in the ocean and the atmosphere are conspiring to produce a less active Atlantic hurricane season than initially predicted in May, the National Oceanographic and Atmospheric Administration said.

'There are still more storms to come—the hurricane season is far from being over. We urge continued preparedness and vigilance,' said Gerry Bell, lead seasonal hurricane forecaster at NOAA’s Climate Prediction Center.

Likelihood of below-normal season rises to 60%

To produce the seasonal update, forecasters take several factors into account. El Niño is now much more likely to develop with enough strength to suppress storm development during the latter part of the season. NOAA’s Climate Prediction Center updated its forecast to a nearly 70% likelihood of El Niño during the hurricane season.

Additionally, sea surface temperatures across the tropical Atlantic Ocean and Caribbean Sea have remained much cooler than average. A combination of stronger wind shear, drier air and increased stability of the atmosphere in the region where storms typically develop will further suppress hurricanes. Storm activity to date and the most recent model predictions also contribute to this update.