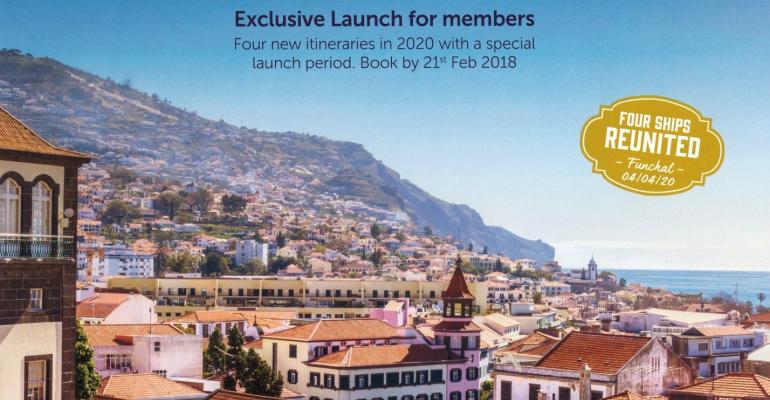 Four Fred.s in Funchal will be the third time the Fred Oslen fleet has been together in one destination

Fred Olsen’s four ocean ships - Balmoral, Braemar, Boudicca and Black Watch – will be reuniting once again, this time in Funchal, Madeira on April 4, 2020.

In summer 2015, the four ships converged in Bergen and later this year the fleet will meet in a Captains in Cádiz celebration on September 10, 2018.

Mike Rodwell, md of Fred. Olsen Cruise Lines, said ‘in July 2015, we brought our four ships together for the very first time in Bergen, Norway, and it was one of the most celebrated events that we have held at Fred. Olsen since our inception in 1848. To mark our milestone 170th anniversary in 2018, we will be celebrating our ‘Captains in Cádiz’ event in the historic Spanish city of Cádiz– so-called because the ships’ Captains will be leading on many of the day’s activities.

Talking about the ‘Four Fred.s in Funchal’ gathering Rodwell said, ‘we will be visiting a port that constantly rates as one of the most popular with our guests, and we know that our four ships berthed together will be a truly amazing sight to behold!”