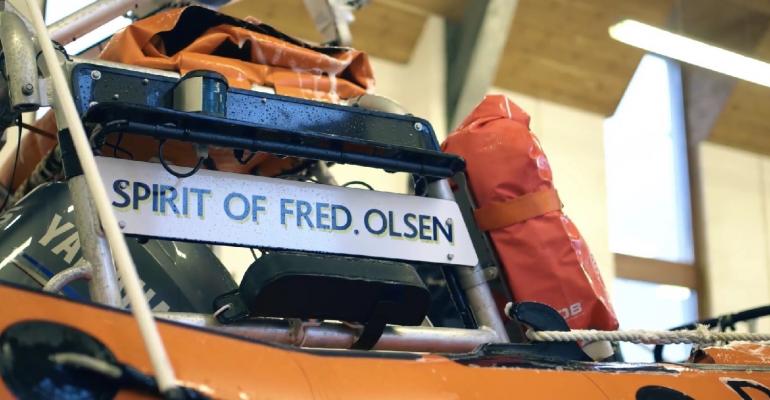 Spirit of Fred. Olsen RNLI Lifeboat
Fred. Olsen Cruise Lines and the Royal National Lifeboat Institution (RNLI) have unveiled a new joint promotional video, highlighting the two organisations’ partnership of nearly 50 years, and raising awareness of the work that the charity does. It also recognises the important role that Fred. Olsen’s guests play in helping the charity’s volunteers to save lives at sea.

The new promotional film – which was given its première during a recent visit by Boudicca to Liverpool – showcases the charitable fundraising that takes place across the Fred. Olsen fleet of four vessels.

It also focusses upon the latest of the four RNLI lifeboats to be funded through the generous donations of Fred. Olsen’s guests: Spirit of Fred. Olsen, launched in Kyle of Lochalsh, in the Highlands of Scotland, in 2012.

Fred. Olsen is the RNLI’s longest-running corporate partner, having been associated with the charity since the 1960s.

During the course of the partnership, Fred. Olsen’s guests have funded four inshore lifeboats, three mobile training units, three seminar rooms at The Lifeboat College in Poole in Dorset, and the development and funding of three DODO (drive-on, drive-off) lifeboat launching trolleys.